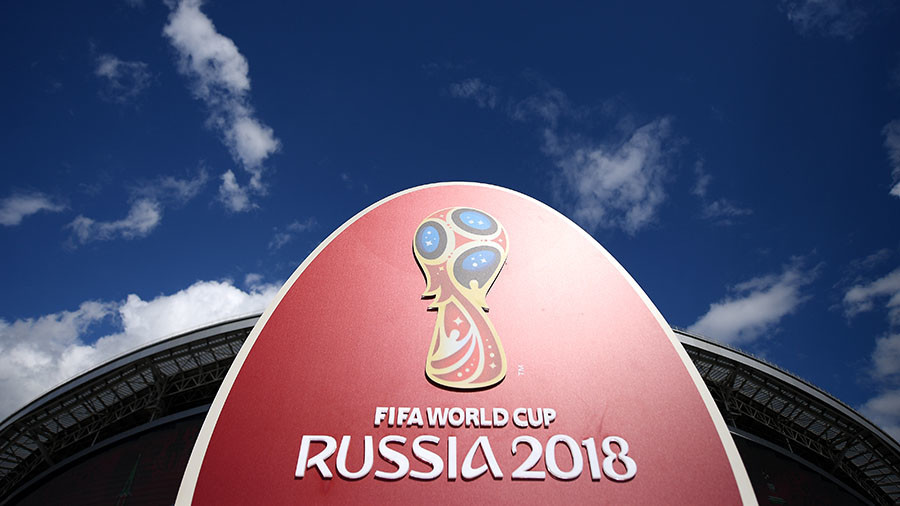 World football’s governing body FIFA says the International Olympic Committee (IOC) ruling to suspend Russia from participating in the 2018 Winter Olympics will not affect the country’s preparations for the 2018 World Cup.

“FIFA has taken note of the decision made by the IOC regarding the participation of Russian athletes at the upcoming Winter Olympics,” FIFA’s press service told TASS.

“This decision has no impact on the preparations for the 2018 FIFA World Cup as we continue to work to deliver the best possible event.”

The IOC made the decision to ban the Russian national team from the 2018 Winter Olympic Games based on the findings of a 17-month investigation led by former Swiss President Samuel Schmid, which alleged that Russia employed systematic state-backed doping violations.

On Tuesday, the IOC ruled out suspending the Russian Olympic Committee (ROC) over alleged doping violations mentioned in the Schmid report, allowing Russian athletes who have never been found guilty of doping violations to take part in the 2018 Olympics as independent athletes under a neutral flag.

The executive board did rule that no officials from Russia’s Sport Ministry will be allowed accreditation for the Winter Games in PyeongChang.

Russia’s former sports minister, Vitaly Mutko, and his then-deputy, Yury Nagornykh, have been banned “from any participation in all future Olympic Games.” ROC President Aleksandr Zhukov has been suspended as an IOC member.

IOC chief Thomas Bach called Russia’s alleged doping violations “an unprecedented attack on the integrity of the Olympic Games and sport,” adding that they “issued proportional sanctions for this systemic manipulation while protecting the clean athletes.” He also pointed out that the sanctions aim to “serve as a catalyst for a more effective anti-doping system led by WADA (World Anti-Doping Agency).”

READ MORE: ‘They took our flag & anthem, but not our honor & convictions!’ - Ilya Kovalchuk

WADA informant Grigory Rodchenkov, who supervised doping control at the Moscow laboratory, claimed that Russian football players, including the 24-man squad for the 2014 World Cup in Brazil, were involved in an elaborate doping program in Russia.

FIFA has not found any evidence of doping violations committed by any Russian players. No doping cases were revealed at the 2017 Confederations Cup, which was held in Russia last summer.

Read more
FIFA World Cup Final Draw from the Kremlin, as it happened

“FIFA continues to take every measure at its competitions to ensure football remains free from doping. For the FIFA Confederations Cup 2017 played in Russia, every participating player was tested in unannounced controls and further systematic tests were performed at every match. All results were negative,” FIFA said.

“A similar protocol will be in place for next year’s FIFA World Cup in Russia, with the analysis of all doping samples to be carried out at WADA laboratories outside Russia.”

“As has already been communicated, when it comes to anti-doping measures, FIFA takes its responsibility very seriously and is investigating the allegations made in the ‘McLaren report.’ In this process, FIFA is working in close collaboration with WADA and has been in contact with Prof. McLaren.” the statement added.

FIFA emphasized it will impose “appropriate sanctions” if evidence of doping violations are presented, but stressed that punishment “based on mere suspicion or limited facts” could not be used against players.