Kazan
One of the oldest cities in Russia – over 1,000 years old

Sochi
Located on the Black Sea coast, it’s the longest city in Europe

Russia is the largest country in the world in terms of territory. When in Kaliningrad, which is in the West of the country, people are just getting up at 8 am, the citizens of Vladivostok are already having dinner.

Russia is a country with a rich history: it has lived through multiple world wars and revolutions, and today Russia is at the very heart of world events, having become one of the greatest empires of its time.

The Russian language has its own alphabet and is one of the most popular languages in the world by number of speakers. Dostoyevsky, Tolstoy, Chekhov, Mayakovsky – these are the names of just a few of Russia’s many well-known writers. Russia is famous for world class composers, such as Tchaikovsky, Prokofiev and Rachmaninov, as well as for its artists, who include, among others, Vrubel, Malevich, Aivazovsky and Repin.

Russia has a well-developed transportation network, with a particularly well-developed railways system, which links together all parts of the country, except for the territories in the Arctic. All the four cities hosting the 2017 FIFA Confederations Cup have airports and train stations, in addition to public transit. Three cities out of four have subway systems. We would like to remind you that guests of the tournament will be able to use public transportation free of charge. It is recommended that you always carry your passport and FAN ID.

Using public transport in Russia can save you a lot of time: in all the cities hosting the 2018 FIFA World Cup, there is not a single area that is not accessible by public transport. 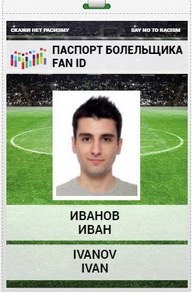 FYI
Important
Your FAN ID gives you the right to use all types of public transport (except for taxi) free of charge to get to the sports venue on the day of the match in the cities hosting the competitions.

Russia has its own cuisine and a lot of interesting dishes that you can try. The most popular souvenirs from Russia are Matryoshka nesting dolls, traditional wooden dolls, caviar, vodka, Russian champagne, jewelry made of amber, watches and furs.

In order to buy these and other products, you need to have national currency, which is the Russian ruble. You can exchange currency in banks and special currency exchange offices.

Your purchases will be even more successful and effective if you take into account the following rules related to money transactions in Russia: