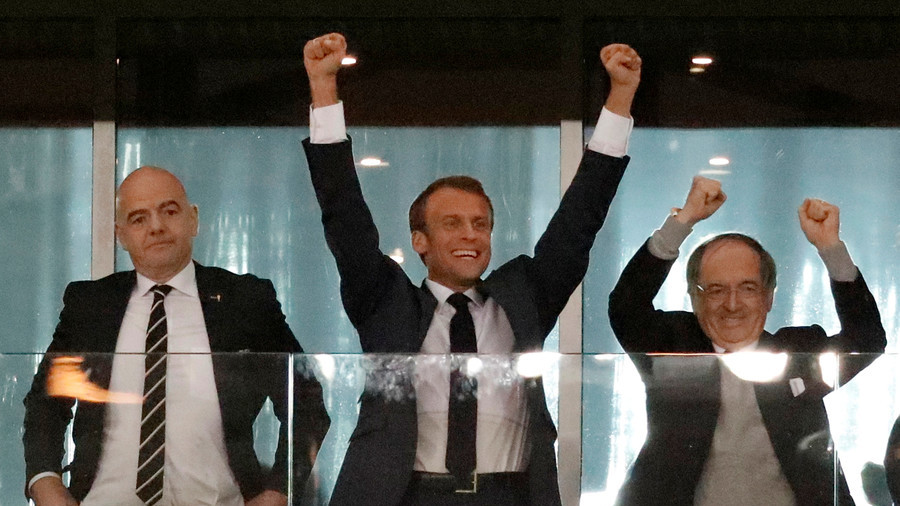 While the biggest football spectacle in Russia is inevitably approaching its finish, Moscow’s Luzhniki stadium is getting ready to stage a farewell match on Sunday which is expected to attract high-profile guests to the stands.

French President Emmanuel Macron, the International Olympic Committee (IOC) chief Thomas Bach and the world’s fastest sprinter Usain Bolt are among those who have voiced intention to attend the World Cup final between France and Croatia in Moscow.

France’s head of state and his wife Brigitte Macron will hold a meeting with Russian President Vladimir Putin before heading to Luzhniki stadium to cheer for the national squad who will play in the gold-medal match for the first time since 2006.

Macron witnessed France's 1-0 semi-final triumph over Belgium at St. Petersburg Stadium on Wednesday, and congratulated the players on their historic achievement after the game.

Croatia’s president Kolinda Grabar-Kitarovic will also support her national team form the stands. Earlier, the patriotic politician confidently predicted at the NATO summit that her country will lift the World Cup trophy at the 2018 final in Moscow on Sunday.

The IOC president Bach is also expected to enjoy the football extravaganza on Sunday, as he was personally invited to the match by FIFA President Gianni Infantino.

He gladly accepted a similar offer from Infantino's predecessor Sepp Blatter, who invited Bach to attend the 2014 final in Rio de Janeiro, which saw Germany beat Argentina 1-0. Bach is expected to meet Putin for the first time since Russia’s doping scandal erupted.

The prominent Jamaican sprinter Bolt, who is dreaming to embark on a football career after his retirement form athletics has already arrived in Moscow to attend the highly-anticipated match where the new world champions will be crowned on Sunday.

A total of 14 heads of states are expected to be present at Luzhniki stadium to witness a spectacular show which will mark the end of the month-long tournament in Russia.