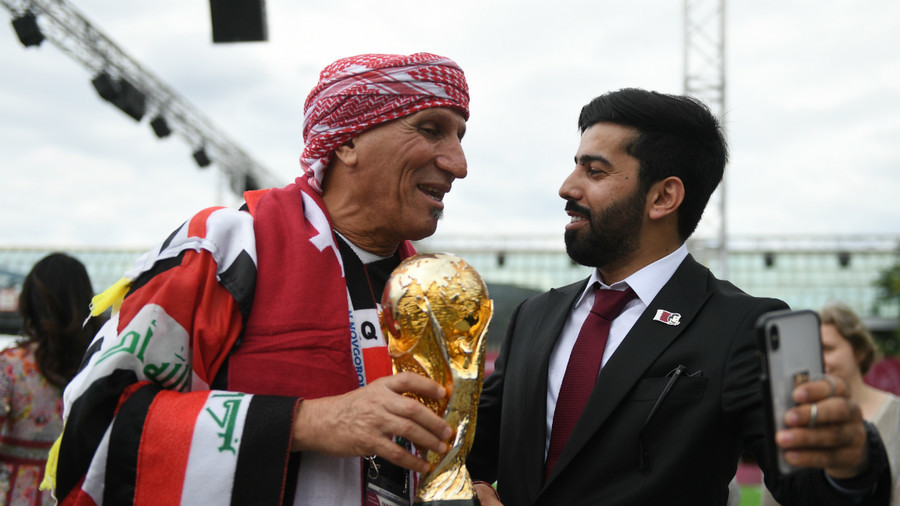 Members of Qatar 2022 Local Organizing Committee, which will be in charge of staging the next global football event in four years, have been impressed with the scale and impressive organization of the World Cup in Russia.

Qatar officials who are currently visiting Russia to adopt a successful experience of hosting the World Cup met with the local authorities, as well as members of the Russian Local Organizing Committee.

"We are in close contact with Qatar Local Organizing Committee, 80 members of which came to Russia as part of the ‘Observer’ program.” Local Organizing Committee chief Alexey Sorokin said, TASS reported. “Beyond this program we also tried to organize meetings with Russian local authorities so that the host cities could share their experience [of staging the tournament].

“As (FIFA Director of Competitions) Colin Smith said, one may find numerous imperfections, but it’s enough to show a Moscow metro station which has turned yellow because of Brazil fans wearing traditional jerseys. Of course, they were impressed with the scale of the event.”

“It’s impossible to understand it, you need to feel it [the spirit of the tournament], to go through it. We tried to show and explain to them as much as possible. We are staying open and will continue to fully answer all the questions they are interested in,” he added.

The 2022 edition of the tournament was moved from its traditional June-July slot to be held in autumn, due to excessive summer heat in the region.

The 2022 World Cup which will be hosted by seven Qatar cities will kick off on November 21 and will run until the final on December 18, which is also Qatar’s national day.