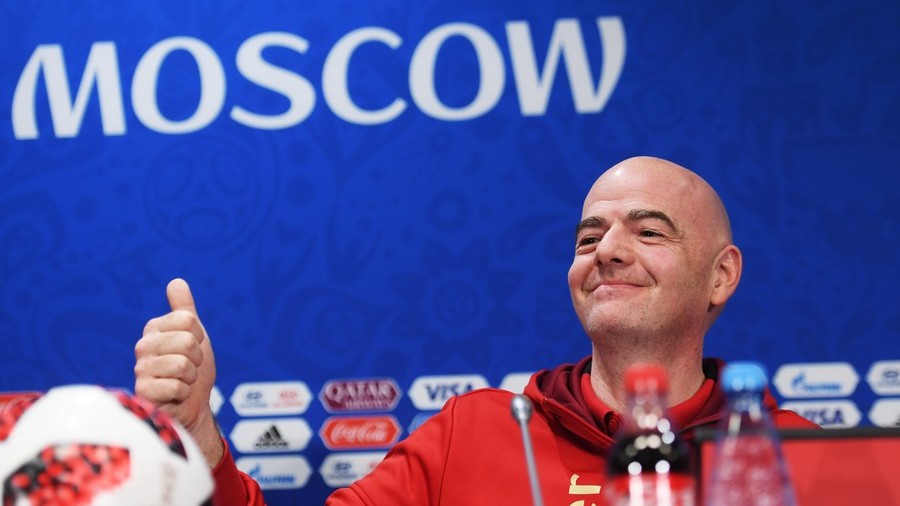 FIFA president Gianni Infantino has long believed the Russian-hosted 2018 World Cup would be the best ever and his stance has not changed as the tournament unfolds.

In addition to the organizers and participants of the tournament, the FIFA president offered special thanks to the Russian government, President Vladimir Putin, and the Russian people, saying “Spasibo Rossiya” (‘thank you Russia’ in Russian).

Infantino also said the World Cup has been “a big success,” and that this year’s event has changed “two things” – Russia itself and the perception of the world towards it. “The legacy of this World Cup will put Russia on the top of the countries in terms of football around the world,” he said, regarding the infrastructure built for the event.

“Everyone who has come here has called actually a beautiful country, a welcoming country,” the FIFA official told journalists. He added that the Russian people are “keen to show” the world that not all the things said about the country are true.

The World Cup managed to change “a lot of preconceived opinions,” as everyone could see Russia’s “true nature,” according to Infantino.