World Cup Preview: Tight at the top in a competitive Group H 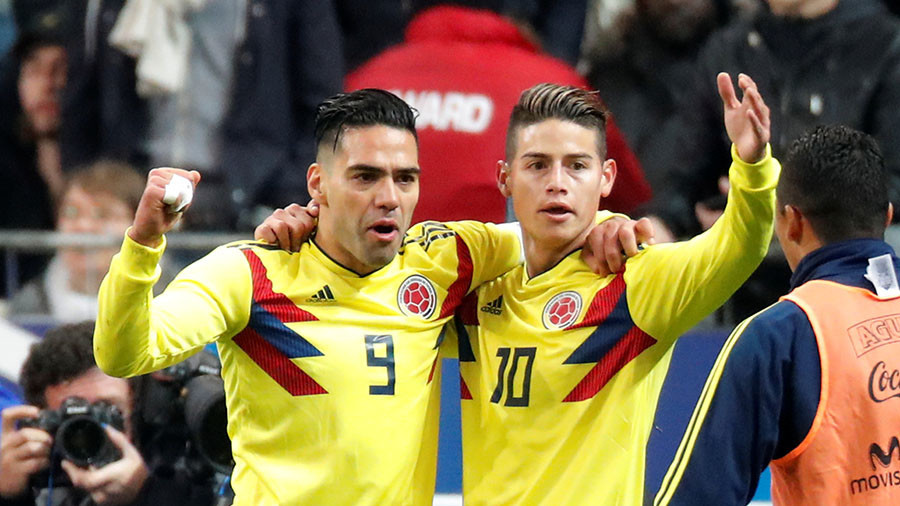 It’s set to be all to play for between Poland, Senegal and Colombia as each harbors realistic ambitions of finishing top of the pile in a tight group at Russia 2018 which has proved popular among the footballing hipsters.

Each team will hold realistic ambitions of progressing from what looks like a tight and competitive Group H backed by an array of attacking talent, though the Japanese challenge has been hamstrung by internal struggles within their football association. How will things play out in a group as tight as this? RT Sport looks at its crystal ball.

Poland were in impressive form in qualifying for Russia 2018. They stormed through their group, dropping just five points and scoring an impressive 28 goals along the way – more than half of which were courtesy of frontman Robert Lewandowski.

Poland possess more threats than just that of the Bayern Munich man, however. Napoli youngster Piotr Zielinski is one to watch in Russia this summer, where he will likely be deployed behind Lewandowski as a creative focal point and chief playmaker. Beside Lewandowski will be another Napoli man, Arkadiusz Milik

Veteran defenders Kamil Glik of Monaco and Borussia Dortmund's Lukasz Piszczek are as dependable as ever in front of Juventus shot-stopper Wojciech Szczęsny. Concerns remain for Piszczek however, as the fullback has yet to find full fitness from a knee injury suffered on international duty last October.

READ MORE: Can Spain and Portugal exorcise World Cup demons in Group B?

Despite boasting one of the finest frontmen in the competition, the Poles aren't exactly blessed with squad depth. Several key positions in the squad will be filled by players from Poland's domestic league and they will be faced with a severe step-up in competition if, as expected, they reach the tournament's latter stages.

Head coach Adam Nawalka, a former Polish international, is one of the more experienced coaches in the competition, having lost just seven games in his near five years in charge of the national side.

This group is wide open and one of the few where each of the four teams has a clear, realistic journey to the next round so Poland will hope to have well and truly stated their case for qualification before their matchday three clash with Japan.

Poland captain Lewandowski is a world-class center forward who is capable of providing the firepower necessary to deliver his side into the last 16. The Napoli duo of Zielinski and Milik will also be dangerous but the primary strategy will be to remain defensively sound while carving out chances for their talisman up front.

Senegal's qualification for Russia 2018 was not without controversy. Their fixture with South Africa was ordered to be replayed after the referee was found to have attempted to 'fix' the result of the game by awarding a bogus penalty to the South Africans.

Senegal won the replayed fixture 2-0. In the end though, it wouldn't have mattered as Senegal's strength in depth throughout their squad meant that they would have qualified even if the initial loss to South Africa had stood.

The Senegalese squad has the greatest chance of any African nation of advancing to the tournament's rarified stages, on paper at least. Sadio Mané has enjoyed a tremendous season as one part of Liverpool's absurdly talented trio of forwards en route to the Champions League final.

READ MORE: Brazil favorites to emerge from Group E but who will join them?

Mané has bagged 19 goals in a breakout season and if it weren't for Mo Salah's wondrous wing wizardry lighting up Anfield this year, he would likely have been in contention for Premier League Player of the Year honors.

In addition to Mané, a significant percentage of the Senegalese ranks is comprised of players who earn their keep in the English Premier League. Captain Cheikhou Kouyaté lines up for West Ham, Idrissa Gueye is a rock in the heart of the Everton midfield, while Oumar Niasse, his teammate at The Toffees, has improved significantly following a slow start to his career in England.

Senegal have a very good chance of topping Group H, particularly if they are able to secure a positive start. While the quarter-finals will most likely be considered the ceiling for a team like this, they will be buoyed by the experiences of similar 'small' teams like Cameroon and South Korea who enjoyed unlikely runs to the last four in previous competition.

Sadio Mané will be Senegal's most potent attacking threat, perhaps joined by the likes of M'Baye Niang and Monaco's Keita Baldé, but without Napoli defender Kalidou Koulibaly, Senegal wouldn't be half as threatening. Imposing, strong but comfortable on the ball and with a wide range of passing, the 6ft 4in center half is the archetypal modern day ball-playing defender.

He is a supremely talented athlete, blessed with pace and strength but also with a delicate touch and a keen eye for picking a pass. Speculation suggests that Koulibaly will be putting himself in the shop window this summer and if he plays like he has all season for Napoli, he will have a long line of suitors for his signature.

Colombia played above expectations four years ago, comfortably winning their group before crashing out in a tight game with hosts Brazil at the quarter-final stage. This time around they could be poised to do even better as they travel to Russia with a squad arguably more talented and certainly more experienced than last time around.

James Rodríguez was an unknown quantity last time around but now, having achieved stardom at first Real Madrid and now Bayern Munich, he enters the tournament as a legitimate superstar and the focal point of his national team.

After missing Brazil 2014 through injury, team captain Radamel Falcao will play in his first World Cup in Russia this summer and will aim to continue the Indian summer form he has enjoyed in Monaco's colors following a less than successful spell in England.

At the back Colombia have two talented defenders in Tottenham's Davinson Sanchez and Barcelona's Yerry Mina, though inexperience is a worry as the two players have less than 20 international appearances between them, and a lot will depend on if coach José Pékerman opts to bolster his defense or field the more attacking duo of Frank Fabra and Santiago Arias as part of a back four.

Doing so would allow for a system where the likes of James Rodríguez, Juan Cuadrado and Falcao could all be deployed but it would leave significant risk of counter attack from a pacey Senegal side, or Poland's Zielinski.

Top scorer in qualifying, James Rodríguez is Colombian football's golden boy. He will turn 27 during the tournament, officially entering what many would describe as his 'prime years' and he will have quite the stage to showcase his skills.

He was central to Colombia's heroics four years ago and now, armed with superior teammates, as well as the goal-scoring threat of Falcao to occupy the opposition, he will be an even more dangerous threat this time around.

The Japanese preparations for the World Cup aren't exactly going swimmingly. New coach Akira Nishino, who replaced Vahid Halilhodzic just two months ago, won't take charge of the team for the first time until the end of May and will have just two further matches, against Switzerland and Paraguay, before traveling to Russia.

Halilhodzic was sternly criticized by Japanese media for repeatedly dropping the team's key creative players in Shinji Kagawa, Keisuke Honda and others, instead relying on a more robust, physical presence in the side.

While they qualified for this summer's tournament with relative ease with this strategy, new coach Nishino will likely be compelled to reinstall the more famous names back into his side, it is very late in the day to be experimenting with new line-ups and it is difficult to see how a changed team under a new manager can be a cohesive enough unit to see off the more experienced, prepared teams in their group.

With the likes of Honda, Kagawa and Leicester City's Shinji Okazaki at their disposal, Nishino's side will be capable of causing problems up front but it seems more likely that this brand of tumult currently underway in Japanese football will expedite their trip home.

Maya Yoshida, the Southampton defender who marshals the Japanese rearguard, will be a busy man. He will be facing a top forward – Lewandowski, Falcao and Mané – in each of Japan's group games in Russia and will need to be at his absolute best to restrict their opportunities in front of goal.

Borussia Dortmund player Kagawa will be Japan's chief creative outlet should he be selected and will be charged with spearheading what could otherwise be a toothless Japanese attack.