World Cup preview: Brazil favorites to emerge from Group E but who will join them? 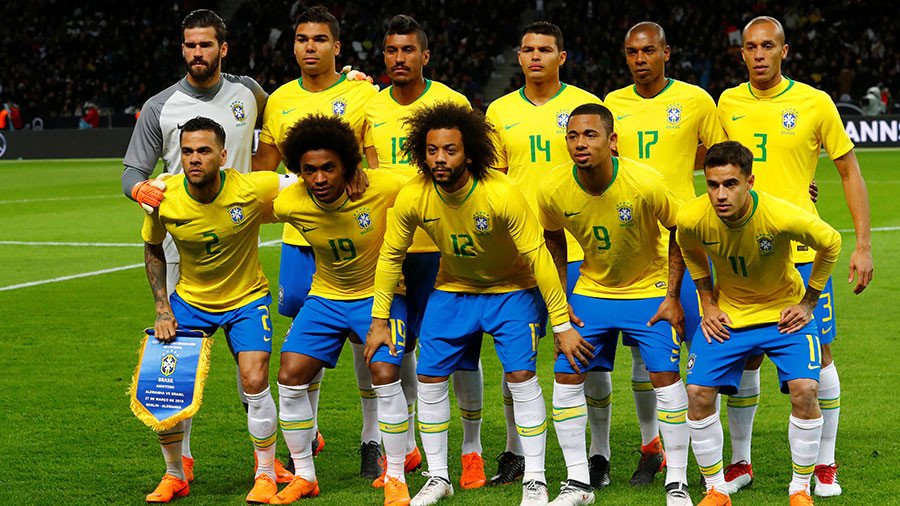 Four years ago Brazil suffered a disastrous World Cup defeat to Germany on home soil. Have they mentally recovered, or does lightning indeed strike twice?

Brazil's squad is as talented as any other at Russia 2018 but do Neymar and co. have enough to seize the momentum and make a statement with their performances in Group E? RT Sport investigates.

Four years ago Brazil, hosts of the last World Cup, crashed out of the tournament at the semi-final stage after 7-1 defeat at the hands of Germany. One suspects that their 2018 tournament will have the dual goal of succeeding where they failed last time around, but also ridding themselves of the nasty aftertaste which has permeated Brazilian international football since that disastrous day.

After dominating the South American qualification series, Brazilian football seems to be in a far healthier place than it was at the last World Cup. They topped their group by 10 points, scoring more and conceding less than their rivals, suggesting that all of the pieces are in place for a serious challenge for the trophy in Russia this summer.

Their ranks are filled with players of proven international class. In the likes of Neymar, Gabriel Jesus (and others) they have players capable of swinging the momentum of a game with one flick of a foot.

Whichever way you slice it, Brazil are serious contenders to go all the way in Russia and if the enigmatic, yet sometimes infuriating, Neymar is at his best he will take some stopping during Brazil's march through the competition.

The Swiss can consider themselves one of the most fortunate teams to qualify for this summer's World Cup. They finished second in a qualification group in which Portugal were the only other team with World Cup experience, before edging out Northern Ireland with a 1-0 aggregate win in the playoffs.

The Red Crusaders have the unfortunate task of opening their campaign against Brazil, with the likely loss there meaning that they will already be on the back foot when they face the remaining teams in the group.

Still though, Switzerland have proven themselves as being a tough unit to break down so a challenge for second place is a very achievable goal for them - especially if positive results are achieved against Serbia and Costa Rica.

Such is Lionel Messi's influence on world football that any skillful player is often, by default, referred to as [Insert Country Here's] Messi, and so Xherdan Shaqiri has been dubbed 'The Alpine Messi' by local media. The Stoke City man, who once turned out for Bayern Munich, is the focal point of their attack and a dead ball specialist, a skill particularly useful in knockout football.

For the Costa Ricans, the very fact that they are appearing at Russia 2018 can be considered victory in itself. They finished second in their qualifying group behind Mexico, occupying the slot that the many people had expected the United States to assume, but not a whole lot is being expected of them in the World Cup proper.

READ MORE: France threaten to dominate Group C but who will join them in the next round?

With one key exception, the majority of the Costa Rican squad is comprised of players who play outside of the world's major leagues. Several members of the squad call Major League Soccer their home, including their principal striker Marco Urena who plays alongside Zlatan Ibrahimovic at Los Angeles Galaxy.

Bryan Ruiz, their captain, is a talent but at 32 years old the former Fulham man is advancing towards his sell-by date, while Joel Campbell, a star in Brazil four years ago, hasn't found the net at international level for two seasons.

Keylor Navas, Real Madrid's first choice goalkeeper, will be a solid influence at the back. The bad news? We expect him to be a busy, busy man.

Serbia topped their qualification group for Russia 2018, edging out the Republic of Ireland into second place, and will be considered by most as the team likely to accompany Brazil into the tournament's latter stages but where they go from there is anyone's guess.

Serbia blew hot and cold in qualification, gifting some teams easy goals while appearing next to impossible to break down to others. Their back four is an experienced one, with its two most notable figures being ex-Chelsea man Branislav Ivanovic and Roma's Alexander Kolarov but, like so many other teams in this competition, a lack of a true, proven goalscorer could well be their undoing.

Manchester United's Nemanja Matic is one of the best defensive midfielders in world football and will prove to be a sturdy fortification of the Serbian rearguard. Young Lazio midfielder Sergej Milinkovic-Savic is tipped to be a dominant midfielder at the highest level over the next decade and the World Cup could be the time to make his mark.