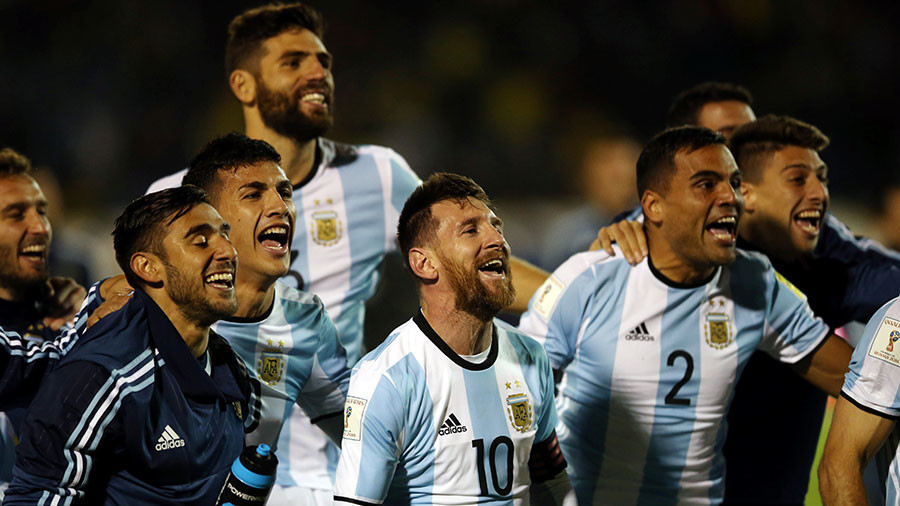 Can Lionel Messi claim the World Cup that his talents deserve or will Argentina continue their status as perennial underachievers? Iceland, Croatia and Nigeria will be doing everything in their power to stop them.

Messi, the greatest player of this generation, is deserving of a World Cup to solidify his status as a world great but is there enough talent alongside him to deliver this dream? RT Sport delves into a tricky Group D.

Consistency is key for an Argentina side who will be looking to go one step better than losing finalists, an unenviable position they experienced four years ago in Brazil. Since then Jorge Sampaoli's men have lost two successive Copa America finals – which makes four losing efforts in the last five tournaments. It also places them in danger of being labeled perennial underachievers at the highest level.

Fortunately for them hey count in their ranks world football's most potent attacking threat. Messi, hailed as one of the greatest footballers to ever step foot on a pitch, enters the tournament on the back of a Barcelona season which has seen him find the net 45 times so far.

The Argentines have a solid spine to their team, boasting a defence featuring Nicolas Otamendi and Marcos Rojo, who line up for the two Manchester sides in England, as well as the creative nous of Angel Di Maria, Sergio Aguero and Gonzalo Higuain. Topping the group is the expectation for a side brimming with such talent.

Having come so close four years ago, Messi will want to claim the one major trophy that has eluded him thus far. His status as one of the world's best is undeniable but, if he drags Argentina to their first World Cup in more than 30 years, he will stake a major claim to be remembered as the best who ever lived.

Many people consider Croatia as dark horses for this year's World Cup. While the draw for Group D hasn't been particularly kind to them, it’s likely that the winner of their clash with Iceland on June 26 could decide which of those two sides will join Argentina in the knockout stages.

Creativity in the middle of the park is Croatia's primary asset. Real Madrid's tidy midfielder Luka Modric is a sublime string-puller and the addition of Ivan Rakitic and Mateo Kovacic or Marcelo Brozovic alongside him should afford Modric the space he needs to perform his magic.

Up front Mario Mandzukic will be a consistent thorn in the sides of the central defenders tasked with limiting his impact – an assignment far easier said than done. But if the goals dry up for the Juventus man it’s difficult to see who else in the squad is capable of picking up the slack.

Modric is the creative spark for both Real Madrid and Croatia. He is given a more advanced role for his country than for his club, something which could prove the key to unlocking the stubborn Argentina backline.

This year's African Cup of Nations runners-up are without doubt a team on the rise but one can't escape the feeling that this tournament may have come a year or two early for their young side.

Arsenal's Alex Iwobi and Leicester City's Kelechi Iheanacho, 22 and 21 years old respectively, provide a youthful spark to their attack which will likely be led by the 69-times capped speedster Ahmed Musa, who himself is still shy of his 26th birthday.

Their capitulation to Morocco in the African Cup of Nations last February is a worrying sign that perhaps these players don't have the temperament to persevere when the going gets tough –  and it doesn't get a whole lot tougher than their fixture list in Group D.

Former Chelsea midfielder John Obi Mikel, now plying his trade in China, plays a more advanced role for the national team than fans will have been accustomed to, having watched him for several seasons in England's top flight. He will need to be at his best to orchestrate what would be an unlikely escape from this tricky group.

If your country didn't qualify for Russia 2018 there is a very good chance that you will find yourself supporting Iceland, a country with a population of 350,000 yet who continue to excel at top level football.

Their performance the European Championships two summers ago, where the beat England, was one of the stories of the tournament – but since then they have proven that their heroic performances weren't by chance. The Icelanders topped their qualification group en route to Russia, finishing two points ahead of Group D rivals Croatia in the process.

Gone is the impression of Iceland being overachievers. The consistency of their results going back for four years now shows that this is a team to be taken seriously and they will start proceedings as the most likely team to join Argentina in the next round.

Gylfi Sigurdsson is a wonderfully technical footballer. A threat from general play and dead balls, the Everton man is central to most of the good things that Iceland do on a football pitch. If he plays well, so do his teammates and that is the sign of an influential player.