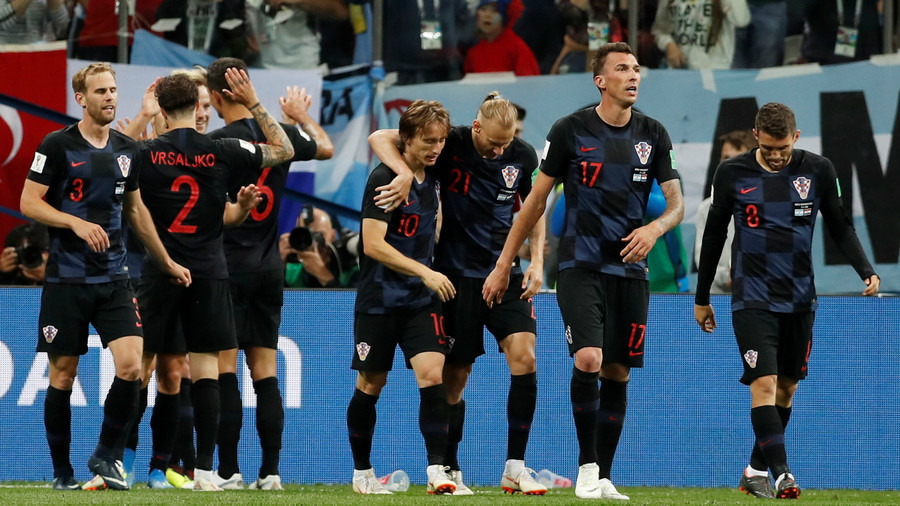 Jose Mourinho believes Croatia’s route to the World Cup final, which has seen them play three games that went to extra time, as well as having less time to recover after their semi-final, could play a role against France.

Speaking to RT in his exclusive role as a World Cup guest pundit, Mourinho said that France would be fancied based on “little details,” but that ultimately it was hard to call any team favorites heading into a final.

“I think you can say France is favorite by little details.. but you can also say in finals there are no favorites, which I agree totally,” Mourinho said.

“Of course I lost a few finals, but I think until the end of my career I will always say finals are not to be played, finals are to win.

“The spirit that you go into the final is that you are going to win… the feeling has to be that one, and I believe Croatia is going with that one [spirit].”

Mourinho noted, however, that each of Croatia’s three knockout games had gone to extra time – while France had won in normal time in each.

The Manchester United boss also highlighted that the Croatians have had less time to recover from their semi-final victory against England, which was held on Wednesday, 24 hours after France had faced Belgium.

“Can this make a difference? It can, and should. I think it’s not fair [to have] more 24 hours to rest [for one team], but this is the power of the money, of the broadcasters…,” Mourinho said.

He was full of praise, however, for talented Croatia side which contains the likes of Real Madrid’s Luka Modric and Barcelona’s Ivan Rakitic.

“So I think they can win, in spite of I give an advantage to France. Croatia will give them a hard time, especially if the result is in a certain balance. If the result gets a little décollage [take off], then I think by the physical point of view they [Croatia] won’t react. But their spirit, the spirit of a small country that is not expected to be there, the players are ready for sure, they are ready to give everything.”

READ MORE: ‘He did not have a good World Cup’ – Mourinho blunt in Raheem Sterling assessment (VIDEO)

Croatia meet France in the final at Moscow’s Luzhniki Stadium at 6pm local time on Sunday, with France aiming to win their second World Cup after their triumph on home soil in 1998, while Croatia will be out to seal their first title.