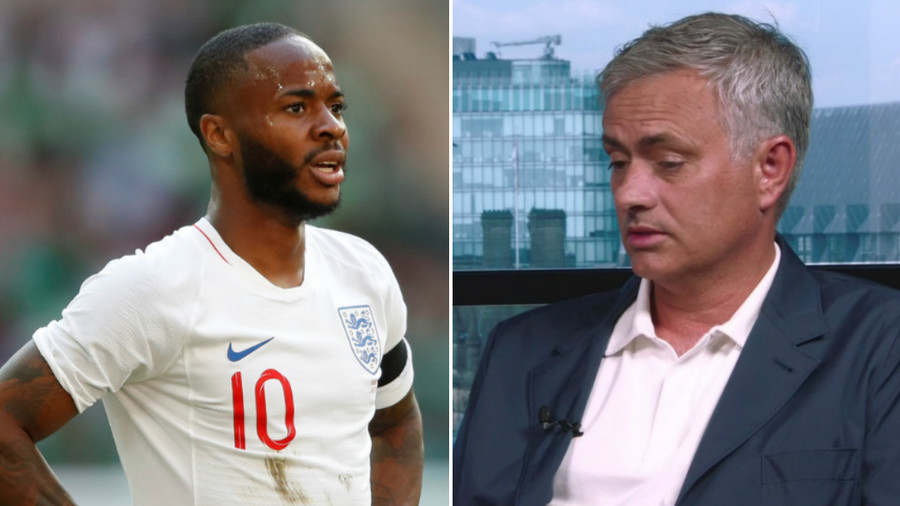 Multiple pundits in England have tiptoed around and justified Raheem Sterling’s lack of goals and assists while playing up front for the Three Lions at the World Cup. But Jose Mourinho had no time for these alternative narratives.

As he analyzed the teamsheet for the third-place playoff against Belgium, the RT expert admitted that he was “a little bit surprised that Sterling is in the team.”

“Sterling did not have a good World Cup,” said the Manchester United manager, while analyzing the match for the channel in Manchester.

He went on to suggest that Sterling, who started every game for the Three Lions in Russia, has become worn down through the course of the tournament, and that his back-ups deserved a chance to start, particularly in a fixture that is often treated as a reward for the squad members.

“He didn’t have a good enough World Cup to be chosen for a match ahead of [Jamie] Vardy, [Danny] Welbeck, [Marcus] Rashford – people with probably better condition from a physical and psychological point of view,” added Mourinho.

Sterling did not add to his stat line during England’s two-nil loss to Belgium, where he was taken off for Rashford at half-time, and the attacker will return from Russia with no goals and one assist in seven games. The 23-year-old racked up 23 goals and 17 assists for Manchester City last season, but has not scored for England since October 2015.