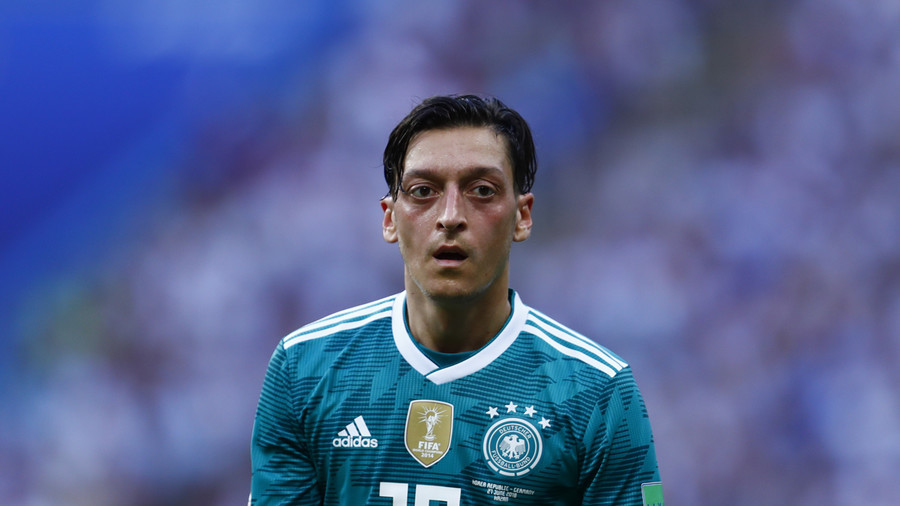 Mesut Ozil still needs to explain to fans why he met earlier this year with Turkish President Recep Tayyip Erdogan, according to the head of the German football association (DFB).

German midfielder Ozil met Erodgan in London in May, along with fellow international Ilkay Gundogan.

Both players are of Turkish descent, and were pictured presenting Erdogan with shirts from their respective club teams, Arsenal and Manchester City.

The pair were criticized at the time by German fans and the media, although Gundogan later said the meeting was not intended as a political statement.

Ozil has still not commented, however, which is something DFB chief Reinhard Grindel says needs to be rectified.

"It's true that Mesut has not commented yet, which has disappointed many fans because they have questions and expect an answer, and they rightly expect that answer," Grindel told German football magazine Kicker.

“So it’s very clear to me that Mesut, when he returns from vacation, should also publicly give his view. We also want to wait and see how Mesut gets involved,” he added.

Ozil has won 90 caps for Germany and won the World Cup with the team in 2014. Grindel said the player’s service to the national team should allow him some leeway from fans.

“It’s fair we give a well-deserved international who made a mistake a chance,” he said.

Reigning champions Germany suffered a shock group stage exit at the World Cup in Russia this summer, finishing bottom of their group and suffering defeats at the hands of Mexico and South Korea.

Ozil was widely criticized for his performances in those defeats, and Grindel said it would be up to head coach Joachim Low whether the midfielder remained part of the team’s plans when picking up the pieces from a disastrous World Cup campaign.

“We have to wait for the athletic analysis and see if Joachim Low continues to plan with him,” he said.