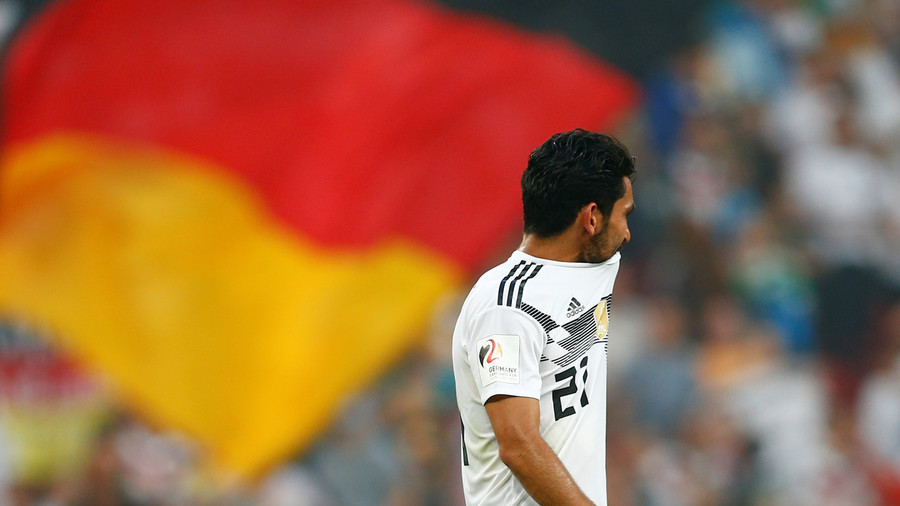 Ilkay Gundogan was booed by German fans in his team’s final World Cup warm-up game, as supporters expressed anger over a controversial meeting the player attended in May with Turkish President Recep Tayyip Erdogan.

Midfielder Gundogan came on as a second-half substitute in Germany’s 2-1 win over Saudi Arabia in Leverkusen on Friday, but was jeered by fans as he entered the pitch and also whenever he touched the ball.

Marco Reus has been replaced by Ilkay Gündogan and fans aren’t happy. Boos and whistles every time the ManCity player is on the ball. #GERKSA pic.twitter.com/UiM84i6loz

German fans were reportedly angry over a meeting Gundogan attended in London in May with Turkish leader Erdogan, whom he had referred to as “my president.”

Gundogan had appeared at the meeting alongside fellow German international Mesut Ozil, and both presented Erdogan with signed shirts. The players were born in Germany but are of Turkish descent.

The meeting with Erdogan had led to a backlash in Germany, with some questioning the players’ loyalty and others unhappy at apparent support for a leader who is viewed by many as an authoritarian.

Friday’s game was the team’s first home international since the scandal, and while  Ozil missed the match through injury, Gundogan made an appearance from the substitutes’ bench in the 57th minute and was subjected to booing for the remainder of the game.

Germany defeated the Saudis 2-1 thanks to a Timo Werner strike and an Omar Hawsawi own goal, which gave the team their first win in six matches – although they faced a late scare when Taiseer Al-Jassam pulled a goal back in the 84th minute.

However, much of the focus after the game was on the treatment of Manchester City midfielder Gundogan.

Germany manager Joachim Low, who had appeared angered by the crowd’s jeering, told ARD that “the fact that a national player is booed like that helps nobody.”

“He took a picture [with Erdogan], OK, but he has addressed it with the press and underlined his support for German values. The topic has to be ticked off."

Prior to the game, 27-year-old Gundogan had attempted to quell the criticism, telling German news agencies that “some of the accusations leveled at Mesut and I are 100 percent untrue. We were there [to meet Erdogan] because all Premier League players with Turkish roots had been invited to a charity event, and that's where the photo was taken.

"We have a strong connection to Turkey but that doesn't mean we would ever claim that Mr. (Frank-Walter) Steinmeier isn't our president or that Angela Merkel isn't our chancellor."

Gundogan is part of the German squad that head to the World Cup in Russia as defending champions.

They have been drawn in Group F alongside Mexico, Sweden, and South Korea, and open their campaign against the Mexicans at Moscow’s Luzhniki Stadium on June 17.