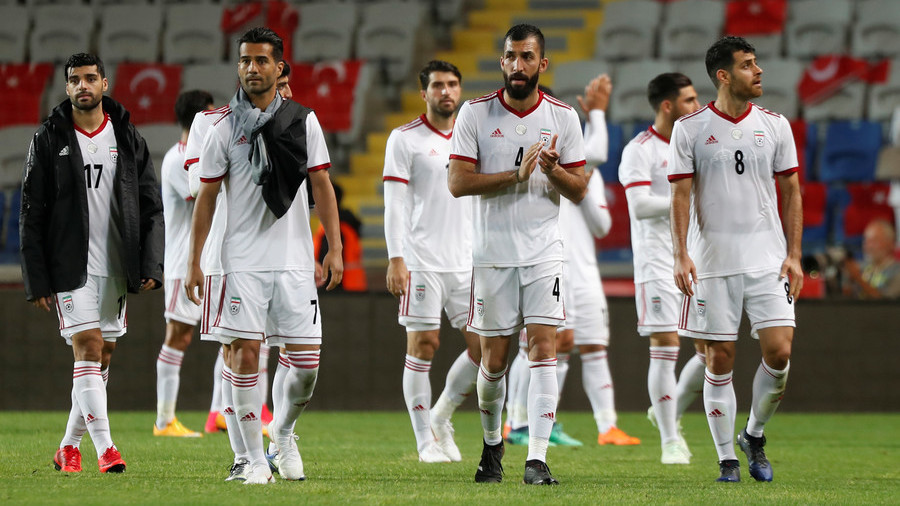 Iran manager Carlos Queiroz has hit out at Nike after the sports manufacturing giant refused to supply the team with boots due to Washington’s sanctions against Tehran.

“Players get used to their sports equipment, and it's not right to change them a week before such important matches,” Queiroz said at a training session outside Moscow. “We call on FIFA to come to our help in this issue.”

Nike said its refusal to provide Iranian players with boots for Russia 2018 was not due to legal restrictions that have been in place for “many years,” and not just because of the White House’s recent decision to re-impose US sanctions on Iran as part of its exit from the 2015 nuclear deal.

“US sanctions mean that, as a US company, NIKE cannot supply shoes to players in the Iranian National team at this time. Sanctions applicable to NIKE have been in place for many years and are enforceable by law,” the company’s spokesperson told RT.

Team Melli’s shirts are provided by Adidas, the German company considered the main rival to Nike. Players are permitted footwear made by any sporting brand, but now Iranian players sponsored by Nike will not be allowed to don the boots because of the ban.

They include Swedish-born Iran striker Saman Ghoddos. The Ostersunds FK player is sponsored by Nike, will be forced to wear a different brand.

Iran were the first nation to arrive in Russia for the World Cup on Tuesday, landing at Moscow’s Vnukovo Airport to begin their Russia 2018 preparations. The team arrived with Rubin Kazan player Sardar Azmoun, dubbed ‘The Iranian Messi’, and will be based at the Lokomotiv Bakovka Training Base on the city’s outskirts.

The team play in Kazan against 2010 World Cup winners Spain on June 20 in their second game. On Friday, Iran will play Lithuania at Spartak Stadium.

Editor’s note: The story has been amended to include Nike spokesperson’s statement, clarifying that the company’s move wasn’t a recent policy change caused by the current US administration’s actions.