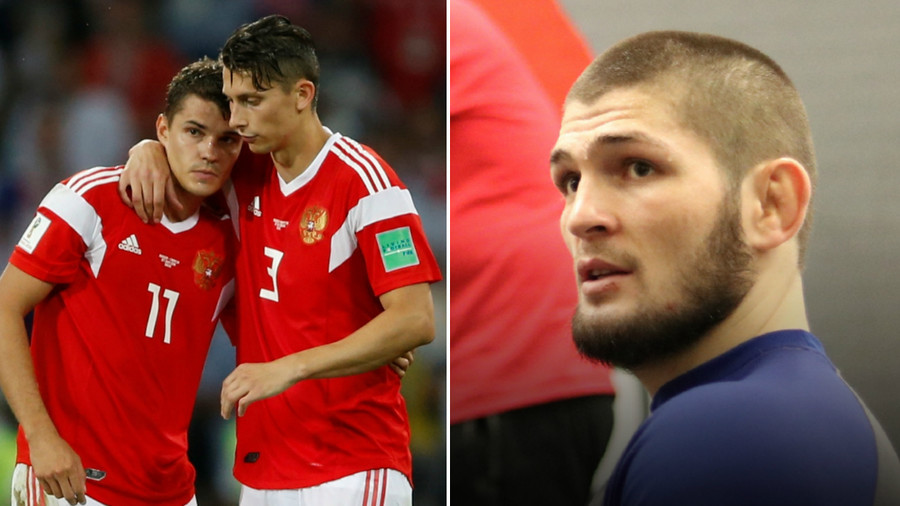 Russian UPF lightweight champion Khabib Nurmagomedov has heaped praise on the World Cup hosts, who made history by making the quarter-finals of the tournament before suffering a heartbreaking penalty-shootout loss to Croatia.

Russia’s thrilling World Cup run ended with defeat against Croatia in Sochi on Saturday, but the tournament’s lowest-ranked nation performed way beyond the expectations of pundits and even their own fans.

“It was a great journey for Russia at the best World Cup in history [in my opinion],” Nurmagomedov wrote in Russian on Instagram.

“I am sure that children all around the country were watching and learning from you. Great job!” added the 29-year old.

Earlier in the tournament, the Sbornaya presented Nurmagomedov with a team jersey signed by the players.