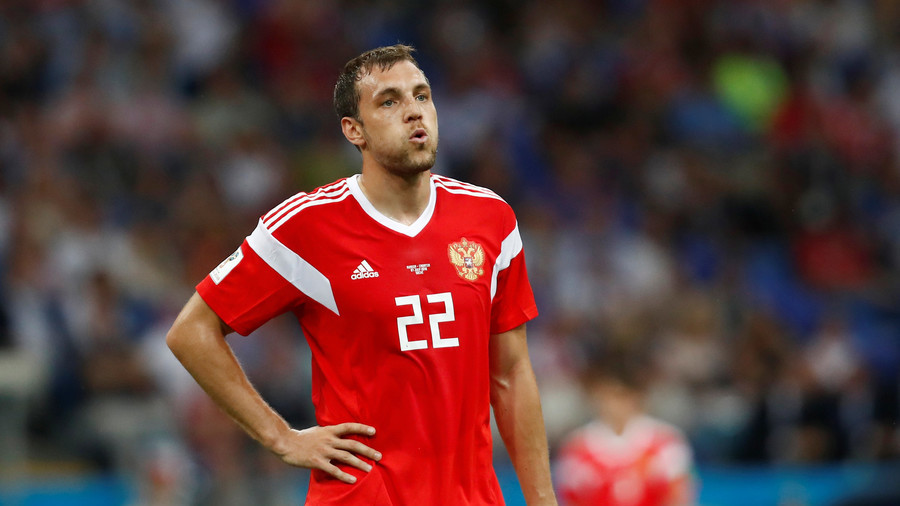 Russian striker Artem Dzyuba bid a tearful farewell to the World Cup after the hosts were eliminated by Croatia on penalties, saying the team wanted to “show football is alive” in Russia.

The World Cup hosts bowed out in the quarter-finals after losing 4-3 on penalties to Croatia, following a thrilling 120 minutes of football in which the scores finished level at 2-2.

Striker Dzyuba has been one of the heroes at the heart of Russia’s fairy tale World Cup run, being recalled to the squad after re-finding his form at the end of the club season.

He ended the tournament with three goals to his name, scoring in the opening game win over the Saudis, the subsequent game against Egypt and a penalty to level the scores against Spain in the shock last 16 win.

However, Dzyuba and the team fell agonizingly short at the last eight stage, despite running a heavily-fancied Croatia team extremely close.

A tearful Dzyuba spoke to Russia’s Channel 1 after the game to share his emotions on the teams World Cup campaign.

“First of all, I want to thank the team, to everyone who took part in the team I’m proud of them, I love them like my family… we became one family…,” the 29-year-old said.

Russia had gone into the World Cup on a run of seven games without a win and as the lowest-ranked team in the tournament.

Many in the press had predicted embarrassment for the team and a potential group stage exit – but Stanislav Cherchesov’s men proved the doubters wrong by going on a run to make the nation proud.

Read more
‘Russia leaves the World Cup with pride and dignity’: Fans reflect on a strong showing by the hosts

Dzyuba said the team had wanted to show that football was alive and well in Russia.

“We wanted to show the whole country, we wanted them to be proud of us, [to show] that football is alive.”

Russia were cheered on by raucous home support in front of 44,000 fans in Sochi on Sunday – as they have been at the stadiums they’ve played at throughout their home tournament.

Choking back tears, Dzyuba thanked the fans who had supported the team.

“We’re grateful for the emotions, our hearts are broken, but thank you to everyone who supported us…,” he said, before breaking off the interview. Russia have bowed out, but with their heads held high, while Croatia go on to face England in the semi-final in Moscow on Wednesday.