‘Russia leaves the World Cup with pride and dignity’: Fans reflect on a strong showing by the hosts 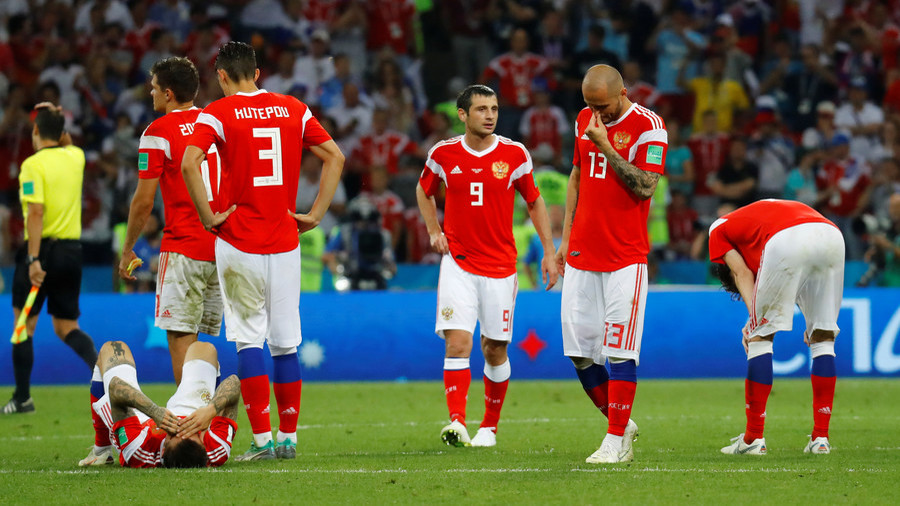 Dreams of a Russian World Cup victory are over after they were eliminated in a heartbreaking penalty shootout against Croatia in Sochi but football fans have been full of praise for the hosts, even in defeat.

It couldn’t have been much closer. In the end it was Ivan Rakitic’s penalty which brought a conclusion to a World Cup semi final which was already more than two hours old.

The Barcelona man’s strike, rolled cooly in the bottom left corner of Igor Akinfeev’s goal, set up a World Cup semi-final between Croatia and England, the two quarter-final victors on Saturday.

For Russia, they will look back with extreme pride on their World Cup performance.

Stanislav Cherchesov’s team were the lowest ranked nation in advance of the tournament but their performances on the field suggested anything but and, thanks to the industry of star performers like Aleksandr Golovin, Denis Cheryshev and the evergreen Sergey Ignasevich, the depart the tournament they hosted with the praise of football fans across the world.

The Russians at this World Cup showed : TenacityResilienceFighting SpiritDoggednessDeterminationFocusAnd above all, you have been a Great Host.. So sad you lost out tonight...Thank you Russia !!#RUSCRO

Russia leaves the World Cup with pride and dignity.They did their best and played till their last breath. Their supporters should be proud of them #RUSCRO

Nah man, what a game. Amazing effort from both Nations.Both left it all on the pitch. Just beautiful.Congrats #CRO and GG #RUS!! ❤️🙏 #RUSCRO

Okay so we know Croatia are good at penalties. #worldcup #ruscro #crorus

You are witnessing nothing but GREATNESS. He ran like a 19 year old even at the last minute of extra time. Led Croatia to semi finals like a great player he is. Legend! Respect ✌️✌️#RUSCRO pic.twitter.com/M1YFv9Mksy

What a game! Insane!

What a game again. Both teams half dead going for it in the 120th minute. Football has gotten so positive. Used to watching teams playing for pens from the start of extra time. Great stuff.