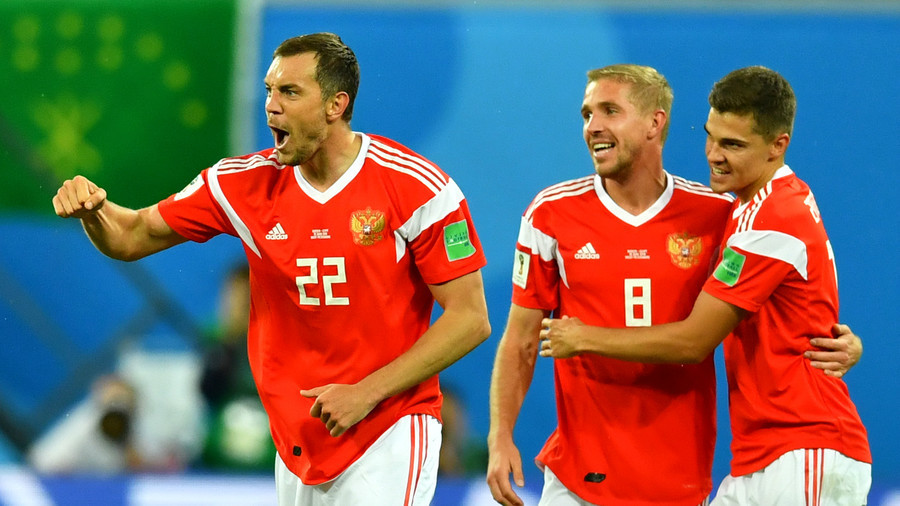 Despite their terrible form in the lead-up to the tournament, hosts Russia are on the verge of history. A place in the semi-final would be a huge achievement for Russian football, but a tricky Croatia side stand in the way.

Even the most optimistic Russian football fan would have struggled to predict the manner in which Stanislav Cherchesov’s team have performed thus far in their home World Cup. As the tournament has progressed, so too has the team’s ambitions.

READ MORE: ‘We don’t need to get carried away’ – Cherchesov ahead of Russia v Croatia quarter-final

The lowest-ranked team in the tournament certainly hasn’t performed in accordance with its standing. Aleksandr Golovin has been one of the stars of the competition, looking genuinely world class at times, while the likes of Artem Dzyuba and Denis Cheryshev have also had excellent tournaments.

Croatia, meanwhile, have also been one of the World Cup’s in-form teams. Led by the mercurial talent of Luka Modric, the diminutive wizard pulling the strings at the heart of their midfield, the Croats have quality all across the pitch.

Mateo Kovacic, Modric’s Real Madrid teammate, has also been impressive thus far; while Mario Mandzukic is a natural goalscorer up front, whose physicality will cause trouble for the Russian rearguard.

Russia’s home advantage cannot be overlooked and Croatia will likely have prepared a plan that takes into account the fact that they will, one imagines, cede possession to their opponents for prolonged spells. If Russia can seize the momentum in the Fisht Stadium, we could be poised to witness one of the greatest days in Russian football.