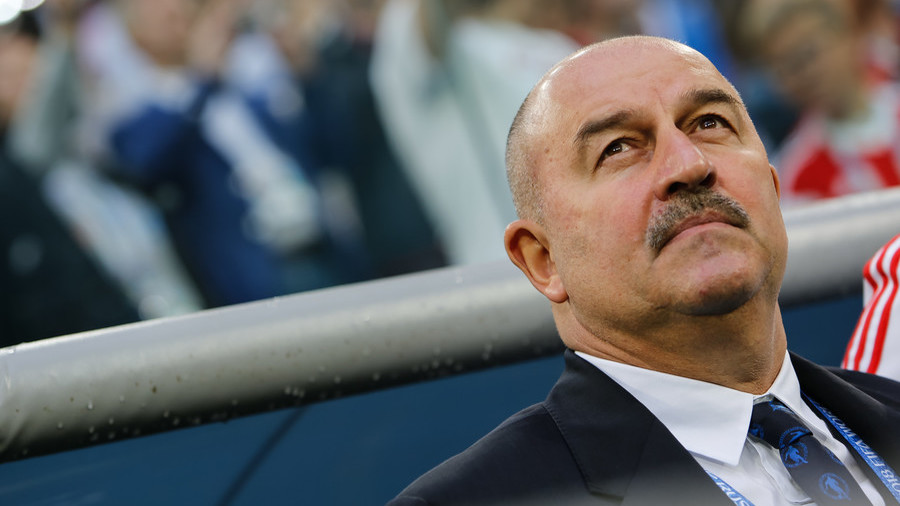 Russia coach Stanislav Cherchesov says his team should not “get carried away by euphoria” as they prepare for their World Cup quarter-final against Croatia in Sochi on Saturday.

Russia reached the last eight thanks to a shock 4-3 penalty shootout win against Spain in Moscow.

That result sparked mass celebrations across Russia as the team continued their historic progress to the latter stages, having reached the knockout phase for the first time ever.

Russia have been training in Sochi ahead of their meeting with Croatia at Fisht Stadium on Saturday, and Cherchesov remained characteristically calm and collected ahead of the game.

“I will not rant and spread what we will do. Today we will have a theory, but, of course, Croatia is different from Spain, and we will take this into account,” Cherchesov said.

The nation has been consumed with joy at Russia’s unexpected World Cup run, and the celebrations from the players after the win against Spain at a raucous Luzhniki Stadium were understandably euphoric.

However, Cherchesov was among the more restrained figures that day, and has urged people not to get too carried away.

“As for me, I tell it like it is, I try not to read the press, not to watch TV,” Cherchesov said, according to championat.ru.

“The game with Spain is a good story for us and for the country. But we look further. We do not need to get carried away by euphoria, because the tournament continues.

"Look, higher-rated teams are already at home. So we are preparing very seriously."

Cherchesov said he was well aware of the threat Croatia posed, with the team containing a world-class midfield replete with the talents of Real Madrid’s Luka Modric and Barcelona’s Ivan Rakitic, as well as Juventus forward Mario Mandzukic.

“We need to draw conclusions about everything. The players of the Croatian national team play in the top clubs, we all know them and are preparing.”

In contrast, the Russian squad contains just two players who ply their trade abroad – midfielder Denis Cheryshev, who is at Villarreal in Spain, and veteran third-choice goalkeeper Vladimir Gabulov, who is at Brugge in Belgium.

Cherchesov, who himself has played and managed in Germany and Austria, said that Russia’s lack of foreign-based players was not an issue.

“It's not about where they play, but how they play. It's good that we have players in other leagues, but the situation is what it is.

“In my time, many players were at foreign clubs, but we didn’t achieve anything. This isn’t a panacea. And you can see that,” Cherchesov added.

Russia will be bidding to book a semi-final spot in Moscow on July 11, against the winners of the England versus Sweden game in Samara on Saturday.