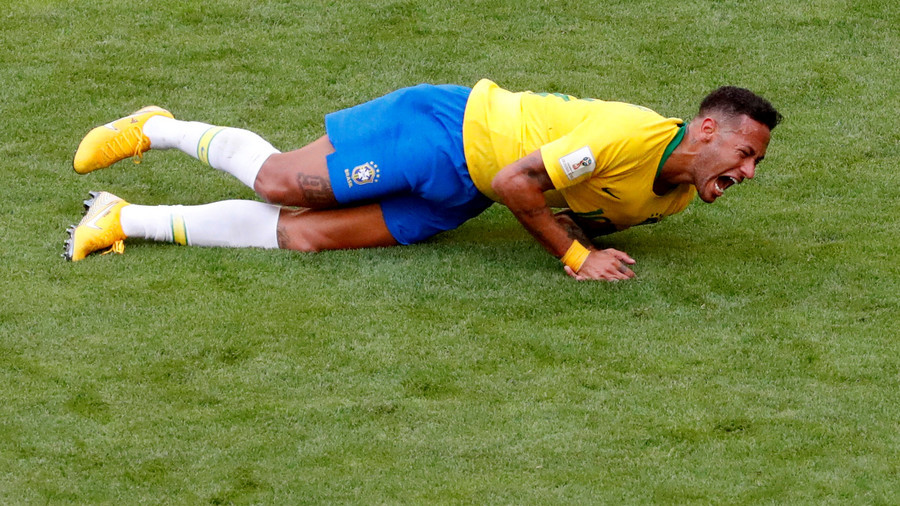 Belgium fans are anticipating so much play-acting from the notoriously-tricky Brazil striker Neymar in their World Cup quarter-final clash in Kazan on Friday evening that they’ve invented a drinking game to help them cope.

Supporters Stanley Vleminckx and Matthew De Ridder perhaps thought the best way to deal with the histrionics of Brazil’s top striker was to come up with a game called ‘Drink every time Neymar falls.’ More than 8,500 people have registered as “participants” in the game on Facebook, with another 24,000 people said to be “interested.”

The event is set for the Reck Wechter festival in Werchter, a village north of Brussels, but people are invited to take part in the event all over the world.

“Neymar isn’t a bad player but I think he needs to win an Oscar for his performance this World Cup.”

Neymar’s play-acting has been roundly criticized throughout the World Cup, with the Paris Saint-Germain star often seen throwing himself down under the merest contact. Former France and Manchester United star Eric Cantona led the critics in calling for Neymar to concentrate on football rather than rolling around on the floor like he’d narrowly survived an assassination attempt.

Statisticians at Swiss broadcaster RTS have calculated that Neymar has spent 14 of the 360 minutes he has played in Russia lying on the turf complaining of an apparent injury. For the last 16 tie against Mexico, it was estimated that Neymar spent five minutes and 30 seconds on the deck.