'What are you facing up to me for pal?’ Neymar reacts to his gigantic mural in Kazan 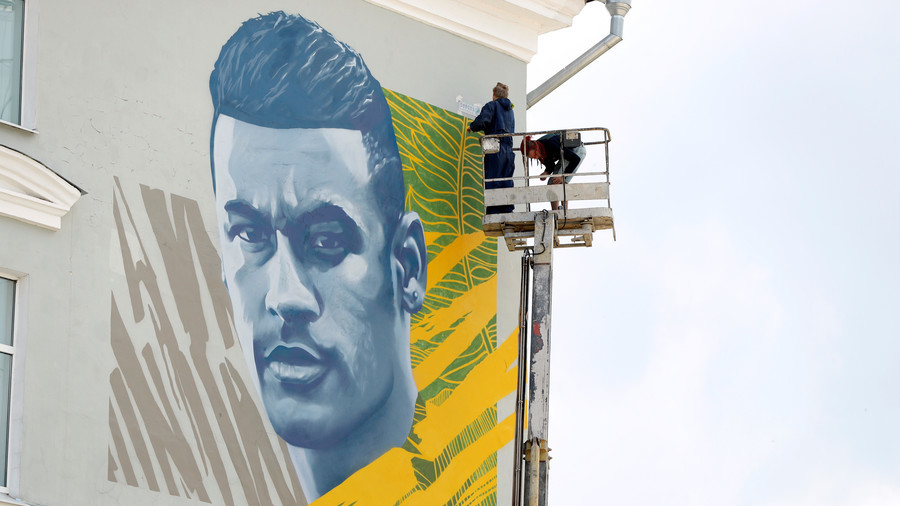 Brazil star Neymar has jokingly reacted to his mural painted on a four-story building in Kazan, in close proximity to the Mirage hotel where the Samba Boys are staying ahead of their quarter-final clash with Belgium.

The striker posted an Instagram story upon his arrival in Kazan showing a picture of the mural which was captioned “What are you facing up to me for pal?”

The portrait, which can reportedly be seen from Neymar’s hotel room, was painted on a local school to welcome the Brazilian star as he prepares to battle for a World Cup semi-final spot on Friday.

Brazil arrived in the Tatarstan capital on Thursday, one day ahead of their quarter-final at Kazan Arena.
Earlier, Kazan street artists painted a huge mural of Argentina star Lionel Messi in support of La Albiceleste, who played their last 16 game against France in the city.

Messi’s mural was painted just several meters away from a portrait of his great rival, Portugal captain Cristiano Ronaldo, which was painted last year during the Confederations Cup.

Both Messi and Ronaldo have already finished their World Cup campaigns after their teams were eliminated from the tournament by France and Uruguay respectively.