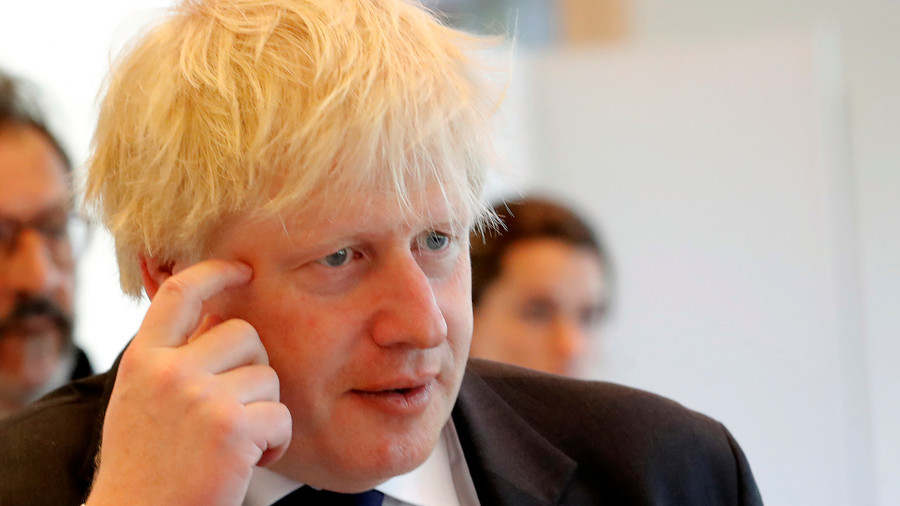 After England booked their World Cup quarter-final place with a penalty shootout win over Colombia, Three Lions fans tore into UK Foreign Secretary Boris Johnson, who was a vocal critic of the Russia 2018 tournament.

UK Prime Minister Theresa May ordered a diplomatic boycott of the World Cup after accusing Russia of involvement in the March poisoning of former double agent Sergei Skripal. This meant no British officials would attend the finals, including FA President Prince William.

Johnson went one further and alluded to supporting a complete boycott of the Russia 2018 World Cup by the England national football team, comparing the competition to the 1936 Olympics in Nazi Germany under The Third Reich.

Johnson said that UK participation at Russia 2018 would not “go ahead as normal” if Russian involvement was proven in the Skripal incident.

But after England despatched Colombia with their first ever World Cup penalty shootout win, advancing to the quarter-finals 4-3 on penalties at Spartak Stadium, England fans have been quick to criticize Johnson.

Fans have called for the UK foreign secretary to "apologize" for appearing to back a boycott, while others have called Johnson a "scoundrel" and a "clown," and some have laughed off the idea of a boycott in the shadow of their joy.

Isn't it time you apologised for telling England fans, not to go to Russia, @BorisJohnson, you tragic cunt? #worldcup #WorldCup2018 #WorldCupRussia2018 #ENG #ENGCOL

I have a dream that Eng will win the World Cup, the country will group hug, everyone will forget about Brexit, the economy will explode on the back of sales of Eric DIER face masks, Jeremy Corbyn will hug Tony Blair, Boris Johnson will...fuck Boris...no one hug him. #engcol

Theresa May and Boris Johnson boycotting the #Russia2018 World Cup is the best thing that could ever have happened to Team #England. Reckon every football lover wishes they stay gone, it is crystal clear their absence is just what the doctor ordered. 😂🤣https://t.co/H0rJ0Nm2dX

Can you imagine how many more England fans could have been there to enjoy it if Boris Johnson and the UK media had not been so Russophobic? @FIFAWorldCup @RSGovUK @RussianEmbassy @MoscowTimes

Thank heavens Gareth Southgate is not as weak and supine as so many English politicians and journalists. He declined Boris Johnson's appeal to boycott the World Cup. Football is the winner, scounderels are the losers.

Well @BorisJohnson & @theresa_may may did advise Brits to boycott Russia's #WorldCup so they have noone to blame except boris & Theresa . 😹😹😹 three lions

Why you @BBCWorld @BBCBreaking @BorisJohnson don't forgive Russia for winning the rights to host 2018 world cup? Politics and football are two different things. I am sure England football fans are enjoying World cup in Russia, despite bad publicize from you.

Many fans expressed their disgust at politics interfering with football, which was a feeling echoed by England manager Gareth Southgate in the lead-up to the tournament.

"It's of little interest to me what the foreign secretary thinks about it (the World Cup)," Southgate told reporters in a press conference in March.

Southgate, himself a former England international who missed the decisive penalty for his country in the semi-final at Euro 96, has led The Three Lions to their first ever World Cup penalty shootout win in beating Colombia 4-3 after the game finished 1-1 after normal time and extra time.

England earlier qualified from Group G with a game to spare and have now booked a date with Sweden in Samara on July 7.