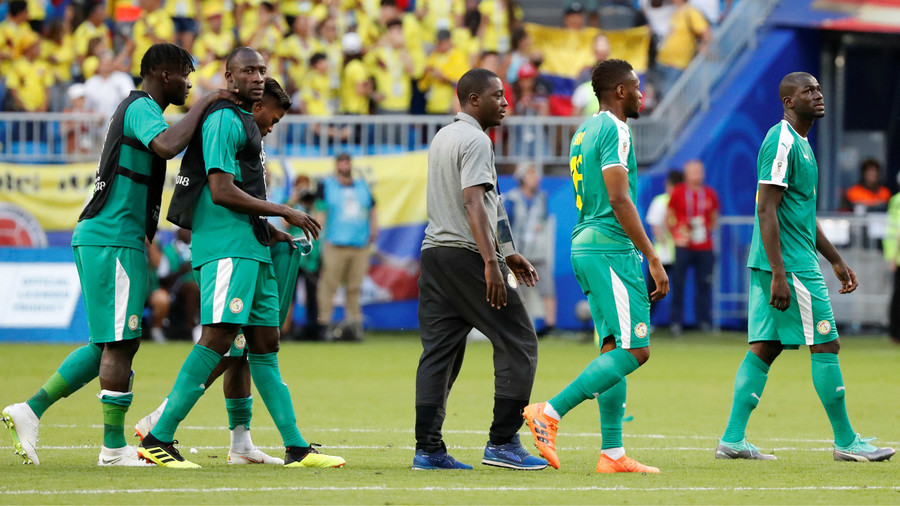 African nations have suffered their worst World Cup in more than three decades after Senegal’s group stage exit left the continent with no representatives in the knockout stage for the first time since 1982.

Senegal suffered the agony of failing to progress due to having picked up more yellow cards than Japan, after the pair finished level on points and goal difference following the last round of Group H action on Thursday.

It’s the first time the ‘Fair Play’ rule has ever been used, and means that Senegal join fellow African nations Tunisia, Morocco, Egypt and Nigeria in packing their bags after the group stage.

Africa will not have a representative in the World Cup knockout rounds for the first time since Spain in 1982.

The continent’s best result at a World Cup came in South Africa in 2010, when Ghana reached the quarter-finals, losing to Uruguay on penalties after a controversial game which had seen them miss a late penalty to win the game deep into in extra-time.

The results prompted much soul-searching among social media users, as well as demands for answers as to what was behind the slump in Russia.

Feel so sorry for Senegal. Disastrous World Cup for Africa. No teams in last 16 for first time since 1982. African football’s not progressed as we hoped after its emergence in 1990s. Should be more talent in Africa now than in 90s but there isn’t #SENCOL

Heartbreak for Senegal… #SEN become the first team to ever be eliminated from the #WorldCup because of having too many yellow cards.Africa will have no representatives in the knockout stages at Russia 2018.

And Senegal is out too, wow Africa really let us down in a terrible way this World Cup..

Nigeria had been minutes from progressing at the expense of Argetina as they held Lionel Messi and Co. at 1-1 in their Group D finale on Tuesday, only to see Marcos Rojo step up with a late winner to send the two-time winners through.

Some felt that poor refereeing decisions had cost the teams, although they ultimately reflected on the lack of talent in the African ranks.

Sometimes African football is all power, with less sense. And sense > power. What we need is better preparation and tactical coordination. This includes influencing the ‘rules’ and officials to favour you. Because forget it, there is favouritism in this game.

Others felt that African teams needed to change their mentality when approaching football's biggest stage.

This may sound harsh. But I think part of the psychology which sees African teams underperform at the World Cup stems from our collective applauding of their mere participation. Africa is producing World Class African players who are worthy of World Class performances

Africa bow out from the group stages of the world cup. Time to go back to the drawing board, learn from mistakes and come back better prepared.