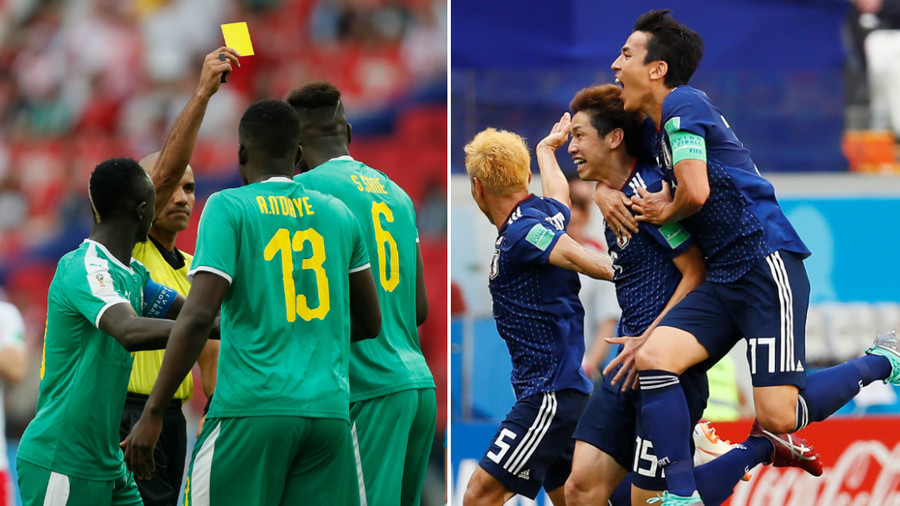 The two less yellow cards received by the Japanese compared to Senegal was enough to send the Asian side into the round of 16 after both sides finished deadlocked in the final Group H standings.

READ MORE: Japan rely on Fair Play to squeeze through to knockout stages despite Poland loss

Japan, who topped the group before today’s games kicked off, suffered a 1-0 defeat to Poland but relied on the rarely-used rule to break Senegalese hearts after the African side were defeat 1-0 by group winners Colombia in the Samara Arena.

Japan knew that their fair play score in Group H, which stood at -4 (four yellow cards) was better than that of Senegal’s -6 (six yellow cards), was enough to send them through to the knockout phase.

While teams must be separated in some way the manner in which Japan played towards the game’s conclusion drew the ire of the fans in attendance, many of whom took to booing the non-football which was taking place on the pitch - and this reaction has also been echoed online.

Japan 1-0 down. Senegal 1-0 down. Japan currently going through on fewer yellow cards. The only fitting way for this group to end is for Japan to start wasting time, thinking they're safe, only to then get booked.

Japan goes through to the next round due to the fairplay table. Sometimes life is not fair. I also can‘t understand the Polish team to „accept“ this. They were playing for nothing. Why not showing a nice finish and going for another goal? #POLJAP #SENCOL

In my personal opinion it shouldn’t be fair play that decides who moves on. Japan and Senegal should have a fight to the DEATH to see who moves on to the next round #FIFA2018 #worldcup #SENCOL #POLJAP

I can’t believe what I’m seeing! #Japan destiny in your hands and you pin your hopes on #Senegal hopefully not scoring a goal! No #Kamikaze spirit here, #Japan does not deserve to progress #SENCOL #JAPPOL #POLJAP #COLSEN #bluesamurais #nippon

Japan becomes the first country to qualify for round of 16 on the basis of fair play. A unique record set up by Japanese. They get 2 yellow cards less than that of Senegal and qualify . #JAPSEN #POLJAP #COL #FifaWorldCup2018

Pathetic show at the end of #POLJAP . The fans deserve a real contest to the whistle.

First time in the World Cup a team loses out because of fair play. How cool (and sad for Senegal) is that. #COLSEN #POLJAP

Those who believe #JPN go through on #Fairplay should watch last 15 min of #POLJAP game and decide whether it was fair??