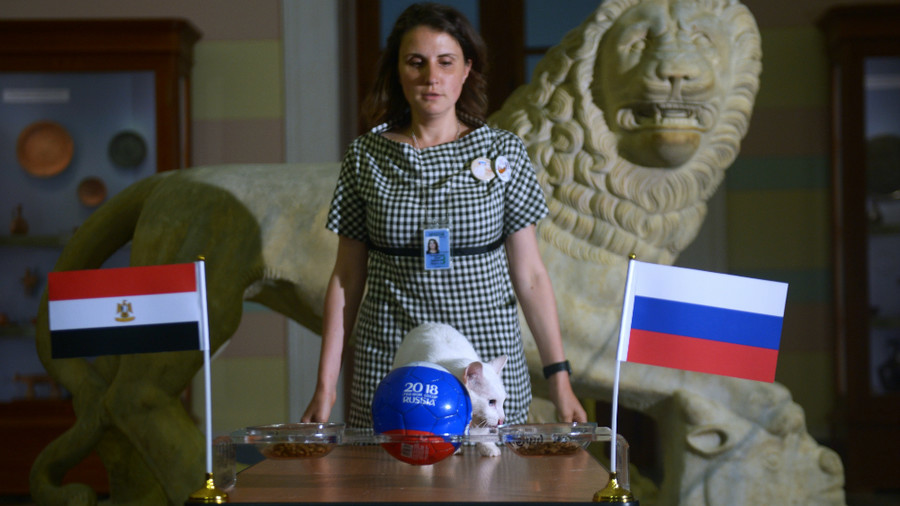 A deaf cat named Achilles who lives in the Hermitage Museum in St. Petersburg has accurately predicted the results of each of the four World Cup matches he has been asked to foretell.

Achilles predicted that Russia would win the World Cup opener against Saudi Arabia, which ended in favour of the hosts 5-0.

The cat’s second prediction turned out to be prophetic as well, after the Hermitage inhabitant foresaw Russia’s second group game against Egypt, a result which saw Stanislav Cherchesov’s men reach the World Cup knockout stage for the first time in 32 years.

READ MORE: Germany aim to get World Cup challenge back on track against Sweden

The snow-white feline was spot on again when guessed the winners of the Iran-Morocco clash, as well as the Brazil-Costa Rica match.

Achilles makes his predictions by choosing one of two pet bowls with food he is offered to eat. The bowls have the flags near them of the countries taking part in the games.