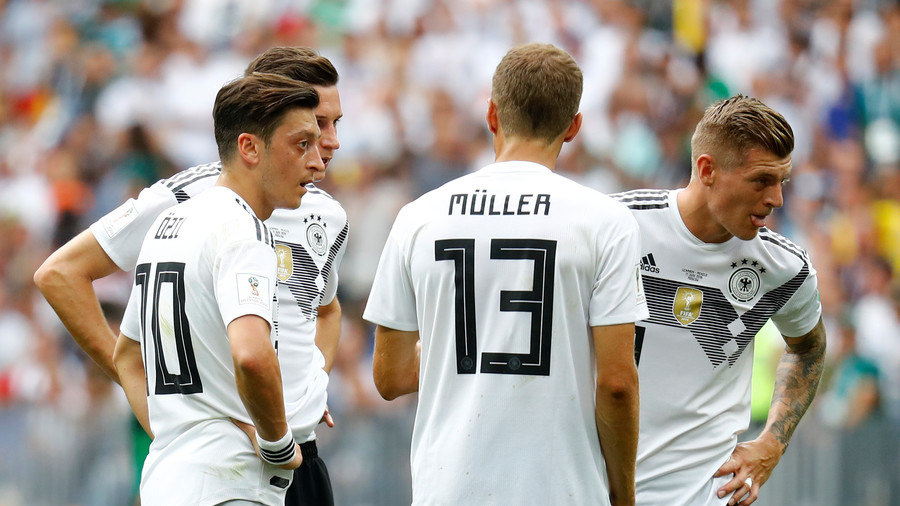 World Cup holders Germany will have to show a much-improved performance in their second Group F match against Sweden to avoid a humiliating early flight home from Russia for Joachim Low’s men.

Germany, so impressive in Brazil four years ago, appeared anything but in their opening match at Russia 2018, suffering a shock defeat to an unfancied Mexican side six days ago in their first Group F encounter.

Hirving Lozano scored the only goal of the game against a German side that appeared uncharacteristically frail in defense and toothless in attack, and that must now avoid defeat against Sweden to ensure that they don’t fail to qualify from the group stages for the first time since 1938.

“It’s a situation we’re not used to at all,” German coach Joachim Low said in the post-match press conference following the Mexico defeat.

“This is a situation we have to accept of course, there can be obstacles to overcome. And in the next match we have to be much better.”

Easier said than done, however. Low’s charges face a Swedish side buoyed by an opening round win against South Korea in their first World Cup match in 12 years, by virtue of a game-winning penalty from captain Andreas Granqvist.

A win for Sweden would guarantee their progression to the tournament’s knockout stages, while consigning the defending champions to an anti-climactic first round exit from a tournament in which they were expected to mount a serious challenge – which would make them the third successive champions to be eliminated in the group stages of the following World Cup.

The German coaching staff will have a full panel of 23 from which to select their team, though it is likely that some members of the first XI from last Sunday will be dropped to the bench, a penalty for the group’s anemic performance against Mexico. Bayern Munich’s Mats Hummels sat out Friday’s final training session after complaining of a neck injury but could still feature.

Sweden, meanwhile, will have Victor Lindelof available for selection after recovering from a virus, with just Isaac Kiese Thelin ruled out of the game with an ankle injury.