Lost in translation: Football fans end up 1,000km away from World Cup cities 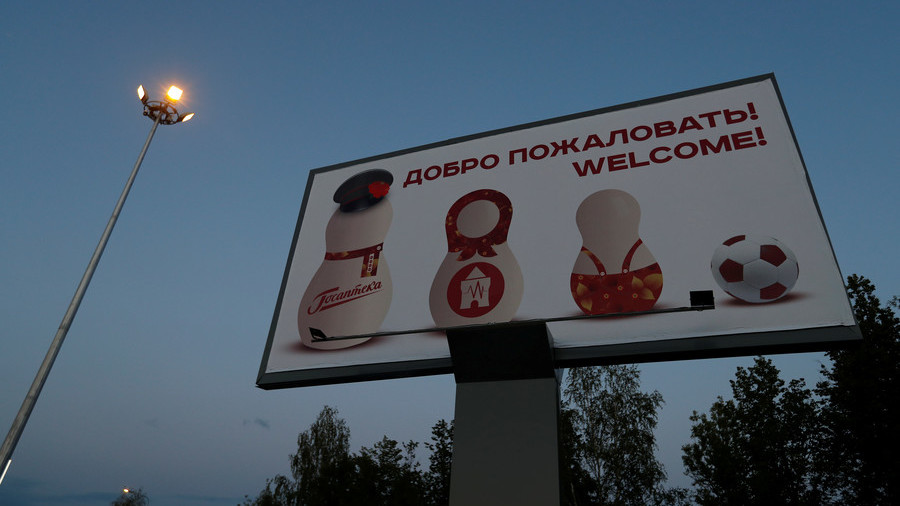 A number of football fans visiting Russia have fallen victim to some confusing Russian place names, missing matches after they arrived at the wrong destination having confused the names of local cities.

A couple from Switzerland, Adrian and Gabrielle Zellweger, who had arrived in Russia to back their team risked spending the night on the street after it was discovered they had booked a hotel in Rostov Veliky, 1,000km away from Rostov-on-Don, which is hosting World Cup matches

To the delight of the Swiss guests, Rostov-on-Don residents helped them to solve the problem easily by making a new reservation in a local hotel.

Two Argentinian fans who came to Veliky Novgorod, where they thought they were watching their team’s clash with Croatia, surprisingly found out that the game was being played 975km away in Nizhny Novgorod. Unable to travel the distance to the game, which normally takes more than 13 hours by train, the two unlucky friends were forced to watch the match on TV – although they might have been thankful they weren’t in attendance for their team’s 3-0 defeat.

In Volgograd, several Chinese fans failed to find their train which had been scheduled to leave from the similar-sounding Vologda.

“On June 19 a Chinese fan in Volgograd couldn’t find his train on the information board. When we came to help him, we found out that he should have taken the train in Vologda, not in Volgograd,” deputy transport minister Evgeny Ditrich said, RNS reported.

“Soon after that two Chinese ladies asked for help having the same problem with their tickets. We explained to them that the distance between Vologda and Volgograd is more than 1,000km, but we can understand that similar names of the cities can confuse foreigners,” he added.