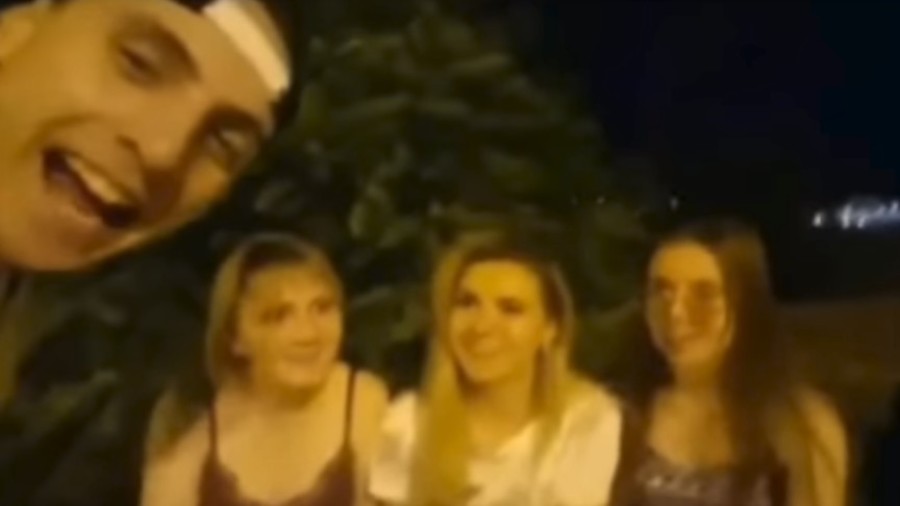 Several Brazilian men have become the target of outrage in their home country, after a series of videos of them encouraging Russian women to repeat sex slang without knowing its meaning went viral.

The most prominent, which has attracted over 15,000 comments on Instagram alone, features a group of Brazilian men surrounding a single Russian woman, as she joins with a seemingly joyous chant whose words are actually “Buceta rosa” (“pink p*ssy”).

People on the internet have identified the men. One, policeman Eduardo Nunes, is now facing an internal investigation, while another, a former local sports official, Diego Valenca Jatoba, has lost his legal job. Authorities have also annulled their FAN IDs, meaning they will not be allowed into stadiums.

Engineer Luciano Gil, also featured in the same video, has apologized, but says that the entire incident is “a storm in teacup.”

“This only gained attention because this was happening in Russia. If this was a favela or the carnival, this would have all been considered normal,” he told Brazilian media company UOL. “I never forced the woman. She was just super animated like a lot of Russians, who have never partied like this before."

Felipe Wilson has been fired from his job by airline Latam for “failing to reflect company values,” after posting a video in which he teaches three Russian to say a sentence offering themselves up sexually to him.

“Everyone was in the mood for a joke… I didn’t expect a light-hearted moment to have such an impact on my life,” Wilson complained to UOL, saying that he also recorded a video of him repeating words in Russian that he had no understanding of.

Russian activist Alena Popova has started a Change.org petition demanding for the men to be charged for their behavior, which has been signed by over 35,000 people.

While Brazilian fans have caused the biggest scandal at home, other similar videos featuring men from various South American countries have also surfaced since the World Cup began last week.