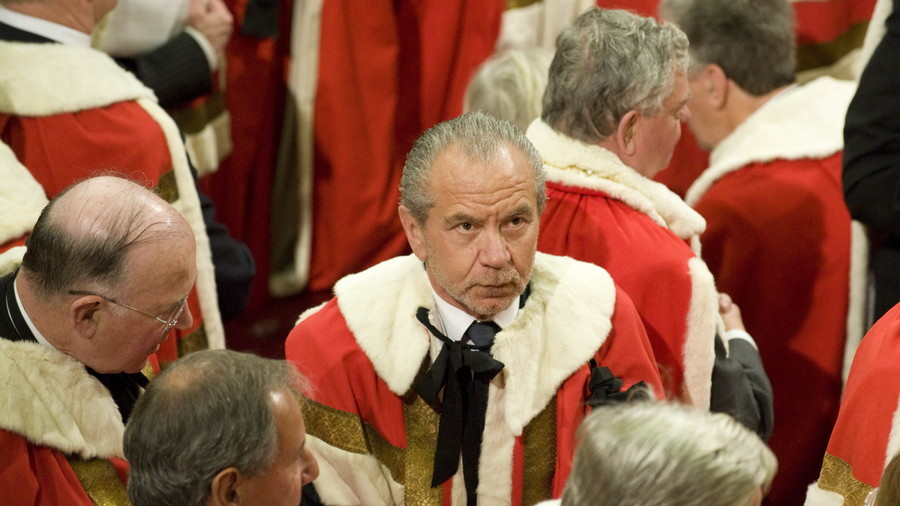 Lord Alan Sugar, the businessman once at the helm of the UK version of ‘The Apprentice’ TV show, has been condemned online for posting a controversial tweet about the Senegal World Cup team.

Sugar posted a photoshopped image of the team standing over a row of sunglasses and handbags along with the caption: “I recognise some of these guys from the beach in Marbella. Multi-tasking resourceful chaps.” The line is seemingly a reference to immigrant street-traders operating around Marbella, the resort town on southern Spain’s Costa del Sol.

The post was soon deleted after a number of people took offence, but Sugar was unrepentant. In what could only be described as a classic ‘non-apology apology,’ he said: “I think it’s funny. But I will pull it down if you insist.”

That tweet has also been deleted. A second apology, this one more solemn in tone, was posted to Twitter an hour later.

I misjudged me earlier tweet. It was in no way intended to cause offence, and clearly my attempt at humour has backfired. I have deleted the tweet and am very sorry.

The tweet was met with fury on Twitter, as commentators compared Sugar’s comments to past ‘Apprentice’ alumni, while a few lone voices have offered some defense of the former Tottenham Hotspur chairman.

The thing that I find fascinating about Lord Sugar's tweet is that he *tweeted* it. I wouldn't be surprised if he circulated it among his lil Tory group of mates, but tweeting it shows how his racism is so engrained in him he doesn't even recognise it as something taboo

The man who posted this is a Member of your parliament. He may even be a member of your community. Shouldn’t everyone and I mean everyone make clear what they think of this #FireSugar pic.twitter.com/fq3WYo9z9B

Donald Trump, Piers Morgan, Alan Sugar and Katie Hopkins is quite a legacy for The Apprentice

You think Alan Sugar’s career is over. I think he’ll be prime minister within three years.

Alan Sugar is 71. Grew up in 1950’s England. His attempt at humour is from a generation where what was considered acceptable is vastly different. If your grandad made that type of comment this would be your rational. Misjudged yes. Racist. Doubt it.