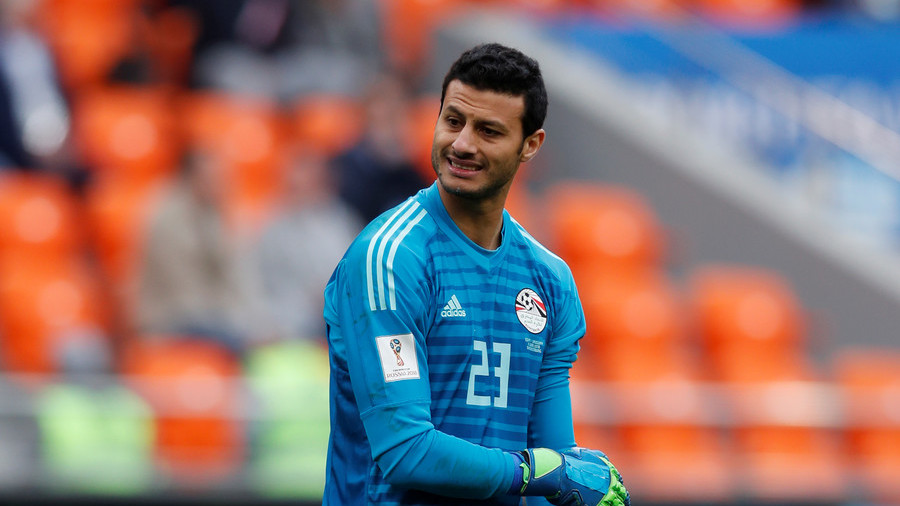 Egypt goalkeeper Mohamed El-Shenawy refused to accept the man of the match award for his heroics against Uruguay, snubbing the accolade because of its sponsors, alcohol giant Budweiser.

El-Shenawy, 29, produced a string of stunning saves to keep the Uruguayans at bay for much of the two teams’ World Cup Group A game, until Jose Gimenez broke the Pharaohs' resistance in the 89th minute.

The Egypt stopper was given the man of the match award for his display, which comes in the form of a red goblet emblazoned with the logo of World Cup sponsors Budweiser.

However, El-Shenawy was seen shunning the award when offered it after the game, rejecting it due to his Muslim beliefs which mean he does not drink alcohol.

.@FIFAcom have a deal with @Budweiser for the #ManoftheMatch award. Being alcohol, there are 3 North African nations + Saudi & Iran in the @FIFAWorldCup. Did they not think these guys won’t accept the award? #EGY⁠ ⁠’s @Melshenawy did not take his today. pic.twitter.com/750OOyFaw0

‘The King Of Beers’ is a ubiquitous presence at World Cup stadiums, having signed with FIFA as the official alcohol supplier to the tournament. It is sold outside and inside the venues, as well as at the Fan Fest zones.

Egypt are among seven Muslim-majority nations at the World Cup, with the others being Saudi Arabia, Morocco, Iran, Tunisia, Senegal and Nigeria.

El-Shenawy is the first player from one of those nations to win the award, and it remains to be seen how others will approach the issue should be they receive the coveted prize.

Other teams contain big-name players who are devout Muslims, such as Germany’s Mesut Ozil and France’s Paul Pogba.

The Egypt stopper was also not featured on the Budweiser Twitter account which shows the various man of the match award winners from the tournament.

Many social media users sympathized with the goalkeeper’s predicament.

So the GK refused to accept the award? I can understand. It's a tough spot to put players in really!

So much respect for people who don’t shy from standing up for their personal believes.. 👍

Others said world football governing body FIFA should have thought more about the choice of sponsor for the award.

Senegal,Nigeria,France,Germany have Muslims in their sides too. Practising Christians wouldn't take too. Very inconsiderate of FIFA.

El-Shenawy – who was making just his third appearance for the national team – won plaudits for his performance in keeping Uruguay’s much-heralded attacking duo of Luis Suarez and Edison Cavani at bay for much of the game in Ekaterinburg, before succumbing to an agonizing late winner.

The inexperienced ‘keeper had been given the nod in goal to start ahead of 45-year-old Essam El-Hadary, who could have become the oldest ever player to appear at a World Cup finals.

Egypt had been without star striker Mohamed Salah for the match, as the Liverpool forward continues to recover from the shoulder injury he sustained against Real Madrid in the Champions League final.

The Pharaohs next meet hosts Russia in St. Petersburg on Tuesday, before facing Saudi Arabia in their final Group A game in Volgograd the following Monday.