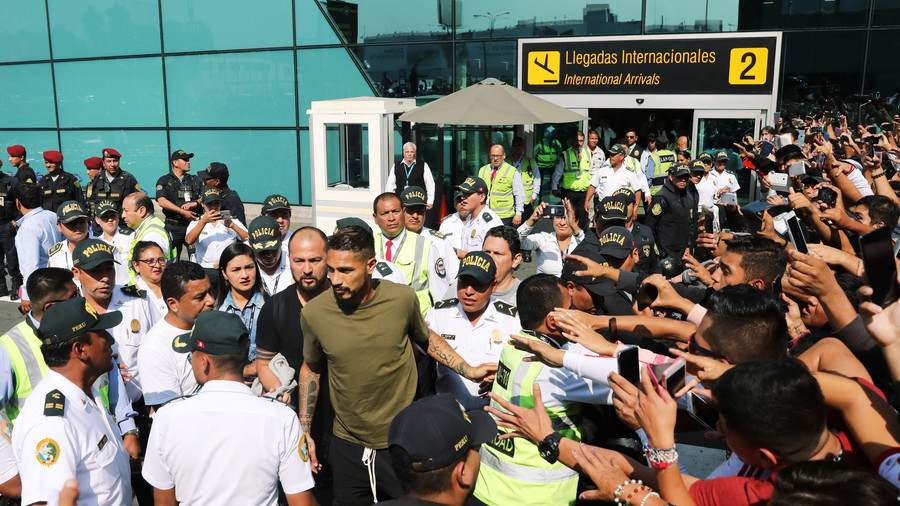 Thousands of Peruvian football fans have taken to the streets in protest after captain Paolo Guerrero’s Russia 2018 World Cup dream was shattered by a drugs ban after he tested positive for cocaine.

All-time top scorer Guerrero was instrumental in guiding the South American nation to their first World Cup since 1982. But he will play no part in Russia 2018 after the Court of Arbitration for Sport (CAS) extended his ban to 14 months from six months.

Guerrero tested positive for the cocaine metabolite benzoylecgonine following a World Cup qualifying match away to Argentina in October 2017. The player said the failed test was down to drinking contaminated “coca tea” - tea with coca leaves - rather than deliberate ingestion of the illicit drug.

World football governing body FIFA initially banned the 34-year-old for a year through November 3, reduced to six months. Guerrero sought to have the ban expunged, but CAS imposed a longer ban after an appeal against FIFA’s ruling, despite accepting that he did not intend to enhance his performance.

All three captains of the teams in Peru’s Group C at Russia 2018 also called for FIFA to lift the ban. France and Tottenham goalkeeper Hugo Lloris, Australia midfielder Mile Jedinak and Denmark’s Simon Kjaer all voiced their support of Guerrero.

Despite the calls for leniency, including pleas from world players' union FIFPro, and calls from the player himself to have FIFA president Gianni Infantino attend the hearing, the requests fell on deaf ears.

Infantino said: “I have spoken to him and have a deep understanding of his disappointment at not being able to participate in the World Cup. This sanction was imposed by CAS, following an appeal against Fifa’s judicial decision. There is nothing we can do.”

Peru’s World Cup kicks off against Denmark on June 16 at Mordovia Arena in Saransk, two days after the football festival’s opening game between Russia and Saudi Arabia at Luzhniki Stadium.