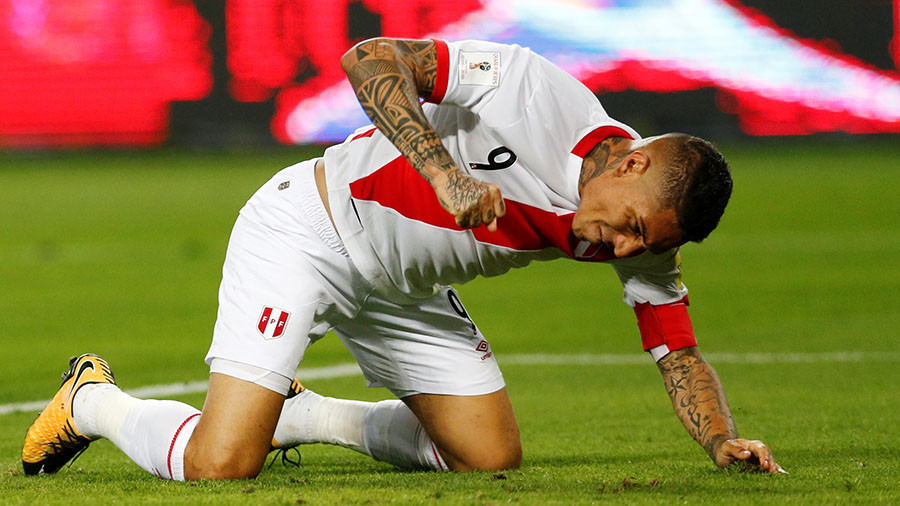 Peruvian national team captain Paolo Guerrero could miss the Russia 2018 World Cup if his drug ban for cocaine is extended, the Court of Arbitration for Sport (CAS) said Friday.

Guerrero led Peru to World Cup qualification, becoming the 32nd of the 32 teams to qualify for the tournament by beating New Zealand in a playoff match in November.

However, key striker and talisman Guerrero then tested positive for cocaine metabolite benzoylecgonine and was originally banned for a year through November 3 by FIFA, reduced to six months.

The player, 34, is now seeking to have the ban expunged, claiming that the positive test is a result of drinking tea contaminated with coca leaves, rather than deliberate ingestion of the drug.

The World Anti-Doping Agency (WADA) however is campaigning for a stiffer punishment of two years, which would rule out any chance of Guerrero appearing in Peru’s first World Cup for 36 years. CAS says the appeal hearing will be heard on May 3.

Peru’s last appearance at a World Cup was in Spain in 1982. Former Bayern Munich man Guerrero, now plying his trade in Brazil with Flamengo, is his nation’s all-time top scorer with 32 goals in 86 appearances.

‘Los Incas’ have been drawn in Group C alongside France, Denmark and Australia. Their games against their group rivals will be played in Saransk, Ekaterinburg and Sochi, respectively.

The Russia 2018 World Cup will be held from the opening game between hosts Russia and Saudi Arabia on June 14, to the final on July 15. The tournament will feature 12 host venues across 11 Russian host cities.