‘Wash, and don't be boring’: Messi & Co. given tips on picking up Russian girls at World Cup 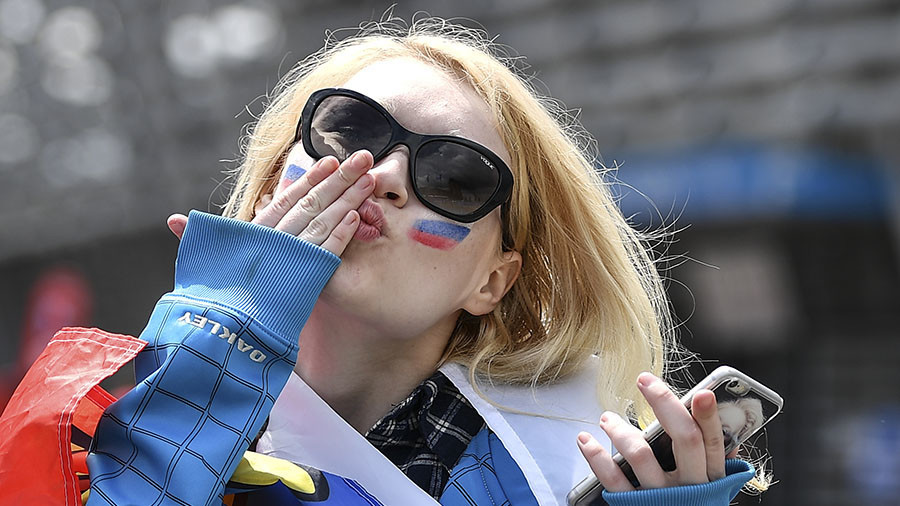 The Argentine Football Association (AFA) has given their players handbooks which include advice on picking up Russian girls at the 2018 FIFA World Cup, according to the country’s media.

Tips range from regular recommendations to “wash and wear nice aftershave” to the more complex laws of attraction, such as treating girls “like treasure” and not asking “stupid questions about sex”.

The saucy handbooks - titled ‘Russian language and culture’ - were distributed among each player chosen to represent the South American nation this summer, including team captain and FC Barcelona legend Lionel Messi.

Journalists and AFA officials heading to Russia 2018 will also be given a copy, reports Argentine journal La Jugada Financiera, who say each book includes “advice on how to attract Russian girls.”

“It is recommended that visitors from Argentina be clean, well-dressed and use nice aftershave. It is also important to treat a Russian woman as though she is treasure, so that she feels special. Men are also advised not to ‘ask stupid questions about sex’.”

The journal continues: “Russian women like men, who take the initiative. If you are not confident, then you need to talk to different girls, so as not to be shy upon meeting a Russian girl. Remember, there are a lot of beautiful girls in Russia, but not every girl will be suitable for you. Be selective.”

According to some Argentine journalists, as soon as the handbooks attracted attention, they were returned and the pages with the more controversial pages taken out.

Argentine football bosses later issued an apology for the manuals.

“The Department of Education of the Argentine Football Association informs that after an internal investigation carried out regarding what happened yesterday on the day of Russian Language and Culture, it was concluded that part of the material delivered was erroneously printed,” the statement read.

“The teacher in charge of the course selected information to give to the assistants and, unfortunately at the moment of the printing of the same, due to an involuntary error, a text was included that was never part of the training. Warned by the administrative staff of the Department, they proceeded to withdraw it immediately.”