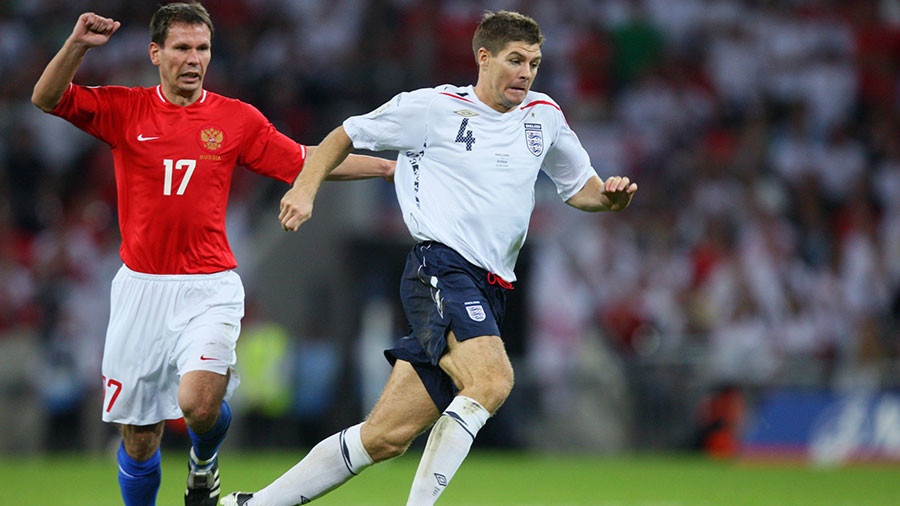 Ex-England and Liverpool captain Steven Gerrard will take part in a friendly match between UK football fans and Volgograd veterans on the day of England v Tunisia on June 18 in the city, TASS reports.

“The idea for the match with the participation of former England player Steven Gerrard came from the English side. Without doubt we supported this idea,” Nikitin explained to TASS at a football training session at Volgograd College of the Olympic Reserve.

“Now the organizational matters are being decided. The friendly match will most likely take place on the morning of June 18 at Neftyanik Stadium and will feature adult teams consisting of volunteers, English football fans, and Volgograd veterans - namely former players of Rotor Volgograd,” he added.

In a distinguished career with Liverpool, Gerrard was twice FA Cup winner as well as lifting the 2005 Champions League as captain of his boyhood team, where he led the team from 3-0 down at halftime to win in Istanbul. He finished his club career at MLS side La Galaxy in 2016.

Gerrard also skippered England to their first group stage elimination since 1958 at the 2014 World Cup. Since hanging up his boots, Gerrard has coached Liverpool’s U18s side and will become manager of Scottish club Rangers FC at the end of the season.