Ref off! No British referee chosen for Russia 2018 World Cup 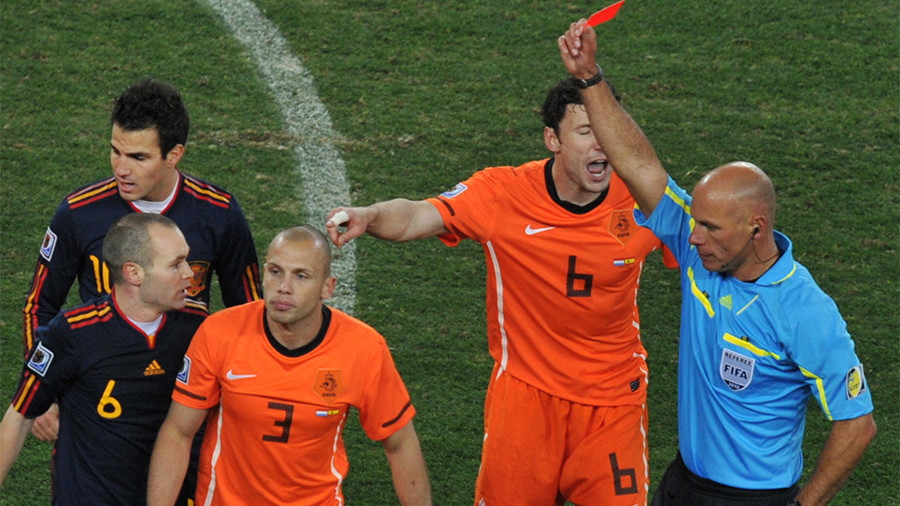 There will be no British referee at this summer’s 2018 World Cup in Russia for the first time in 80 years. FIFA has chosen 36 officials for the tournament, but none from the UK.

Former Premier League referee Mark Clattenburg was the only British referee on FIFA’s long list of officials, but forfeited his place when he became Saudi Arabia’s head of referees.

The English FA had asked that Clattenburg be replaced on the list, but FIFA rejected the request.

Since 1938, at least one referee from UK has officiated at every World Cup tournament. England’s Howard Webb took charge of the 2010 World Cup final in South Africa, where Spain defeated the Netherlands 1-0 to win their first title.

UK Prime Minister Theresa May announced a diplomatic World Cup boycott, meaning no British ministers or members of the royal family will travel to Russia 2018, including President of the English FA Prince William.

The decision was taken in retaliation for alleged Russian involvement in the nerve-agent attack on former British spy Sergei Skripal and his daughter in Salisbury.

On Monday, Iceland also announced it would temporarily suspend its “bilateral contacts with Russia at the highest level,” which included a diplomatic World Cup boycott in the wake of diplomatic expulsions over the Skripal case by the US and EU countries.