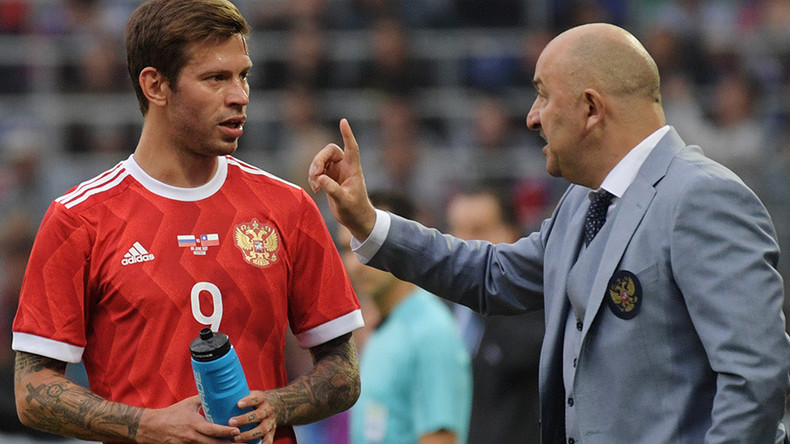 Hosts Russia go into their final 2017 FIFA Confederations Cup Group A match against Mexico on Saturday in Kazan knowing that only a victory will guarantee a semifinal spot in the tournament.

Never before has a host nation failed to reach at least the Confed Cup semifinal stage, but anything less than three points at the riverside Kazan Arena in Russia’s Republic of Tatarstan will mean Russia will crash out should Portugal likely beat New Zealand in St. Petersburg.

Russia currently sit third in Group A with three points courtesy of their 2-0 win over New Zealand in the tournament’s opening game in St. Petersburg.

However, Sbornaya’s 1-0 defeat against European champions Portugal in their second group game in Moscow on Wednesday, coming by way of a Cristiano Ronaldo header, means they will definitely qualify only if they beat Mexico.

Portugal’s opening day draw with Mexico in Kazan, and Mexico’s narrow win over New Zealand in Sochi, means the two teams are the joint group leaders and level on four points, with only the group winners and runners-up advancing to the semifinal stage.

With that in mind, Russia manager Stanislav Cherchesov may ditch the defensive 5-4-1 approach that proved ineffective versus Portugal and revert to the 4-4-2 formation that brought victory against New Zealand, where Dmitry Poloz partnered Fedor Smolov in attack.

For Mexico, their fans have bemoaned manager Juan Carlos Osorio’s rotation system leading up to and during the tournament, believing it hinders the formation of a cohesive starting 11.

The Colombian’s much-criticized policy saw eight changes lead to a drab performance against New Zealand in Sochi on Wednesday, when El Tri went 1-0 down and were outplayed in a disjointed first-half performance before battling back to win 2-1.

However, his system does mean that several key players will be fully fit and rested for the game against Russia. Carlos Vela, Andres Guardado, Miguel Layun, Jonathan dos Santos, and danger man Javier ‘Chicharito’ Hernandez will all have benefitted from their midweek rest.

Record scorer Hernandez is likely to spearhead the attacking line for Mexico in a 4-3-3 formation of a lineup that will more closely resemble the one that faced Portugal.

He will possibly partnered by 21-year-old Hirving ‘Chucky’ Lozano, who this summer secured a move to Dutch side PSV Eindhoven but is yet to make an appearance at this tournament.

While Ronaldo is officially the world’s best player, Russia’s inexperienced backline were badly exposed against Portugal and could come underdone again if they are forced into facing Mexican pressure without any outlet of their own to press forward.

A draw for Russia could be enough, although they would then be relying on New Zealand to pull off a seismic footballing shock and beat Portugal by a hefty goal margin.

Russia will surely want to be the masters of their own fate and take the game to Mexico in search of a win. The home fans would expect nothing less.