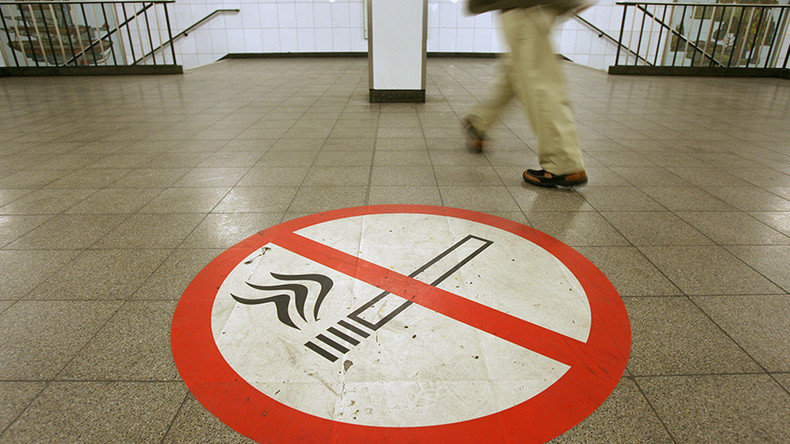 Stadiums and fan areas at the FIFA 2017 Confederations Cup and 2018 World Cup will be "tobacco-free" zones, it has been announced.

FIFA and the Russian Local Organizing Committee (LOC) confirmed the news on Wednesday, which was World No Tobacco Day, FIFA.com reported.

"FIFA´s Tobacco-Free Policy for FIFA tournaments ensures that those who choose to, may only use tobacco products in designated areas, if in existence, to ensure that it does not harm others,” he added.

“The policy protects the right of the majority of the population, who are non-smokers, to breathe clean air that is not contaminated by carcinogens and other harmful substances in tobacco smoke and e-cigarettes."

Milana Verkhunova, director of sustainable development at the Russia 2018 LOC, said: “Creating a tobacco-free environment at all World Cup stadiums and FIFA Fan Fests is a very important objective of the 2018 FIFA World Cup Sustainability Strategy.

Read more
FIFA Confederations Cup 2017: Get ready for all the action in Russia with RT’s special project

“In order to fulfill this task, we actively interact with the World Health Organization [WHO], the [Russian] Ministry of Health, the expert community, host cities, stadium operators, the World Cup ambassadors and fans, as well as with the Russian Football Union. We hope that by joint efforts we will be able to contribute to the reduction of tobacco consumption in Russia,” she added.

FIFA Fan Fests are events organized by world football’s governing body and its partners so that fans can gather to watch public big-screen broadcasts of matches.

They were officially introduced for the World Cup in Germany in 2006, and are planned for public spaces such as Moscow’s Red Square for next year’s World Cup in Russia.

According to WHO statistics, second-hand smoke causes more than 890,000 premature deaths around the world each year.

Figures from 2014 put Russia fourth on the list of the world’s heaviest-smoking countries, behind only China, India and Indonesia.

The Russian authorities have been active in taking steps to combat smoking in recent years, including my banning smoking in enclosed public places in 2013.

Lawmakers have also raised the idea of banning the sale of tobacco- products for anyone born after 2015, in a bid to create a generation of non-smokers.