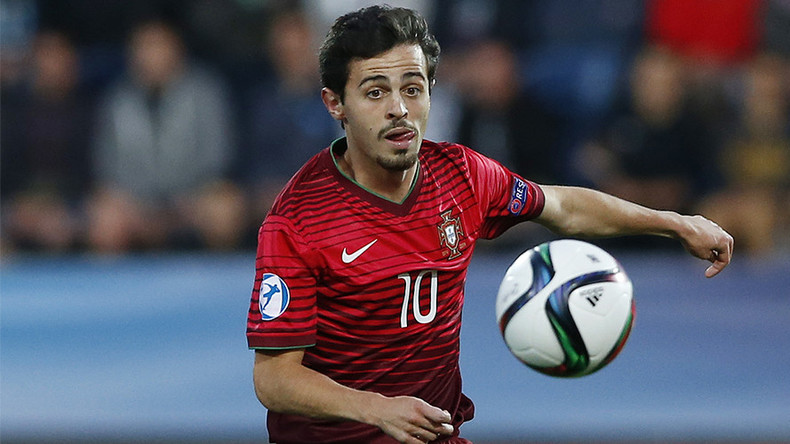 The Confederations Cup often provides the chance for young stars to forge their reputation on the international stage. Think a teenaged Ronaldinho bursting onto the scene in 1999, or fellow Brazilian Neymar adding to his army of admirers in 2013.

This year in Russia should be no different, and with the Confederations Cup kick-off just around the corner, RT Sport takes a look at some of the young names hoping to make their mark this summer.

BREAKING: @ManCity sign @BernardoCSilva from @AS_Monaco. Sky sources say the fee for Silva is in the region of £43m. #SSNHQ pic.twitter.com/SdYLBvOgH0

Monaco wowed fans with their attacking style – which saw them run away with the French Ligue 1 title, winning by eight points and scoring 107 goals in the process.

Silva, who came through the youth ranks at Benfica, has made 12 appearances for the national side since his debut in March 2015, scoring once.

READ MORE: FIFA Confederations Cup 2017: Get ready for all the action in Russia with RT’s special project

He was not included in the squad that claimed Euro 2016 glory, and has mainly featured from the bench during their current World Cup qualifying campaign.

However, after his strong season at Monaco, the 5ft 8in playmaker will see the Tournament of Champions as a chance to put himself firmly in head coach Fernando Santos’ plans for next year’s World Cup.

Even though attacking midfielder Golovin only recently turned 21, he has already established himself at club team CSKA Moscow as well as in the national side.

He made his debut for 'Sbornaya' - the Russian national team - in 2015 at the age of 19, scoring against Belarus. He was selected for the Euro 2016 squad, starting in two of the team’s three group-stage games.

Cameroon 'keeper Ondoa produced a series of fine performances as 'The Indomitable Lions' claimed the 2017 Africa Cup of Nations in February, in doing so becoming the final nation to qualify for this summer's Confederations Cup.

Ondoa saved the decisive penalty from Senegal’s Sadio Mane in the quarterfinal, and was named in the Team of the Tournament.

After joining Spanish giants Barcelona at the age of just 13, Ondoa has since moved on to second-tier team Gimnastic de Tarragona, and has also had a loan spell at fellow Spanish second-division club Sevilla Atlético.

He’ll face tough competition for the Cameroon No. 1 jersey, though – as his cousin Andre Onana, also 21, is in the squad and impressed in Ajax's run to the Europa League final last season.

Head coach Joachim Löw decision to rest many of Germany’s more established stars this summer will provide a chance for the next generation to impress.

One such chance has been afforded to RB Leipzig striker Werner, who made his senior debut in a friendly against England in March.

Werner bagged 21 goals in 31 games for Leipzig as they finished second in the Bundesliga, prolific form that caught Löw’s eye.

Described by former coach Thomas Schneider at VfB Stuttgart as “a full-blooded forward who races like a train toward the goal,” Werner will be a handful for defenders in Russia this summer.

Thomas is one of the few footballers from New Zealand to appear regularly in one of Europe’s top-tier leagues. The left winger made his debut for Dutch Eredivisie team PEC Zwolle in 2014, having moved from home team Waikato FC.

Since then he’s made more than 100 appearances for the Dutch side, impressing fans with his quick feet.

“I’m really looking forward to [Russia 2017]," Thomas told FIFA.com. "The chance to play in front of big crowds and against massive teams will be a great experience for me,” he added.

It serves as a precursor to the 2018 World Cup, which will also be held in Russia next year, and will feature the champions of FIFA’s six continental confederations: Portugal, Chile, Mexico, Cameroon, Australia, New Zealand, as well as current World Cup champions Germany, and hosts Russia.