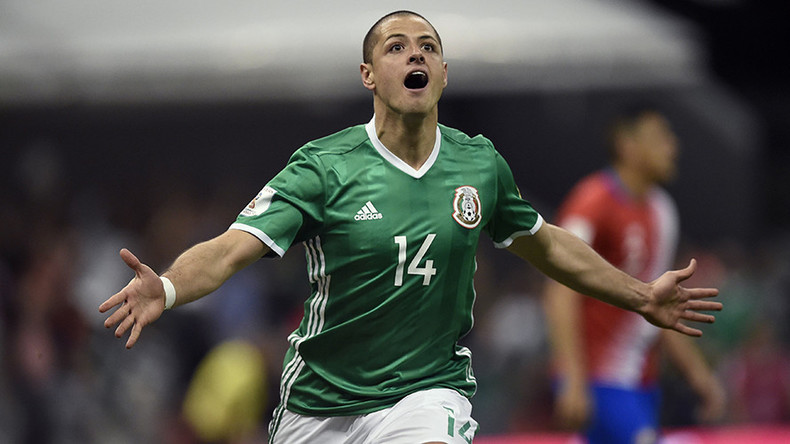 Mexico striker Javier Hernandez became his country’s all-time record goalscorer on Saturday against Croatia in a warm-up match for the FIFA 2017 Confederations Cup in Russia this summer.

Hernandez scored in the 87th-minute in his country’s 2-1 defeat to Croatia at the Los Angeles Memorial Coliseum, putting him on 47 international goals and overtaking a record which had stood since Jared Borgetti retired in 2008.

With this goal, his 47th at the senior level, Chicharito has become #ElTriEng's all-time leading goal scorer. 👀👏🏽🇲🇽 pic.twitter.com/eUEhutNLYc

The speedy striker, who plays his club football in Germany for Bayer Leverkusen, tweeted after achieving the feat: "Thank you all for everything! And thanks to all the people of our beautiful country!"

Hernandez is better known by his nickname ‘Chicharito’, which means ‘Little Pea’ in Spanish and is something he inherited from his father, a former Mexico international midfielder who was called ‘Chicharo’ on account of his striking green eyes.

Chicharito has the distinction of helping fight crime in his home country, which has recorded a decrease in reported violent crime incidents when the striker plays, according to Mexico City police chief Jorge Carlos Martinez.

“Crimes like car-jacking, muggings and robberies go down. It seems even the criminals want to take time off to see our hero play. Also the birth rates go up,” said Martinez.

After beginning his career at Mexican side Guadalajara, Chicharito moved to Manchester United upon being signed by Sir Alex Ferguson in 2010, and spent five years at Old Trafford – during which time the striker’s pinpoint finishing and knack of scoring goals in important games helped United win two Premier League titles.

Hernandez, a devout Catholic, also became famous among United fans for his ritual of praying in the centre circle before kick-off.

He then moved on loan to Spanish giants Real Madrid to play alongside a former Man United player in Cristiano Ronaldo, who has been named in Portugal’s squad for the tournament. The two will meet again in their countries’ opening game of Group 1, in which they were drawn with hosts Russia and New Zealand.

Now playing his club football in Germany for Bayer Leverkusen, Hernandez will be looking to carry his blistering international form into that game, which will take place in the stunning riverside Kazan Arena on June 18.

The 28-year-old scored on his Confederations Cup debut in 2013 from the penalty spot against Italy, where Mexico were on the end of a 2-1 scoreline. They were eliminated in their next match against host nation Brazil.  However, Chicharito got both goals in a 2-1 win over Japan in their third and final group match, meaning the little pea bagged all of Mexico’s goals in the tournament.