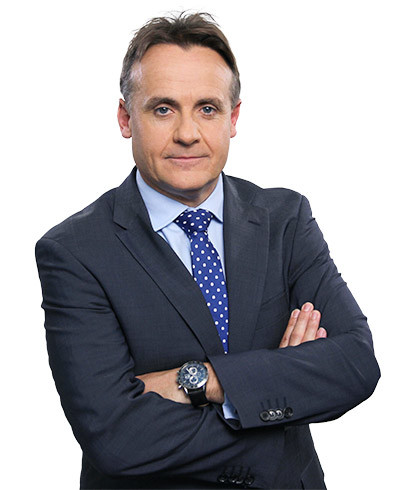 Bill Dod is the news presenter on the RT UK News Channel based in Westminster, London.

Although Bill qualified as a teacher, his first job was working for BBC Local Radio for 4 years where he hosted numerous shows, including a news and current affairs morning programme. He then moved to television to present many regional programmes for ITV Anglia and Meridian before fronting Timekeepers, a general knowledge daytime quiz show for BBC One.