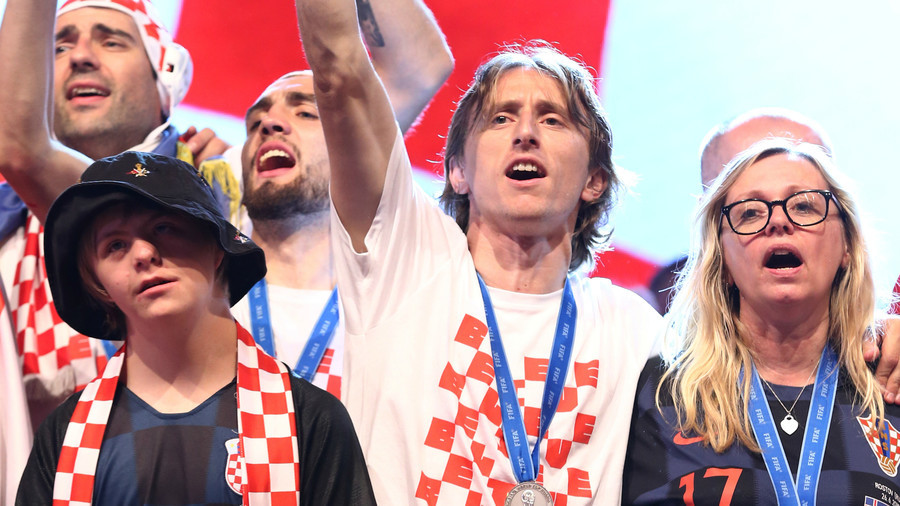 Croatian captain Luka Modric invited a boy with Down syndrome to join the team on stage in a touching moment during Croatia’s celebrations after their sensational performance at the World Cup in Russia.

The 32-year-old player, who captained his team to the World Cup final, pulled the boy on the stage at a ceremony in Zagreb after he was told that the youngster wanted to give him a high five.

The Real Madrid midfielder, who won the Golden Ball for the World Cup’s best player, hugged the boy and had his arm around him until the end of the celebrations.

The ceremony in the Croatian capital saw more than 500,000 people – some 12 percent of the country’s population – gather at the square to thank the players for their historic run to the World Cup final.

Croatia reached the final for first time in the country’s history. Despite a disappointing 4-2 loss to France, the team received a heroes’ welcome from devoted fans back home who paid tribute to the players upon their return.