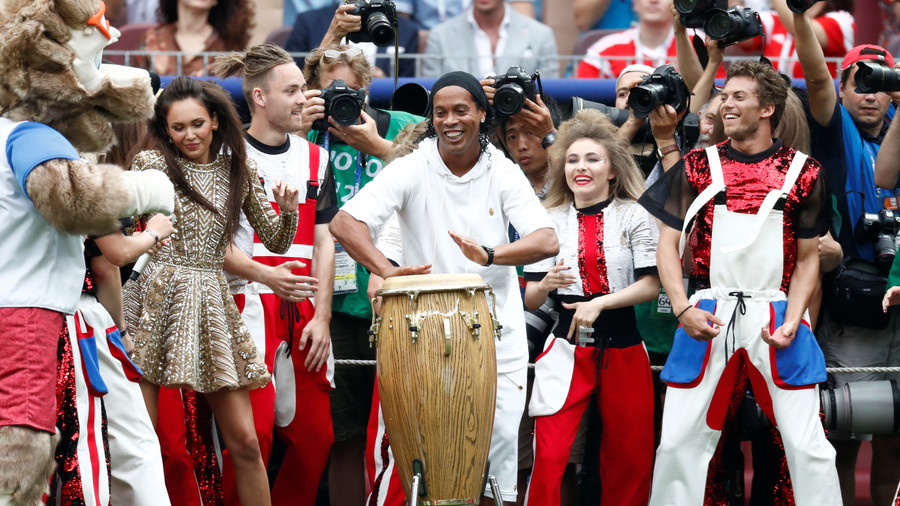 The 2018 World Cup final got off to a bang with help from Brazilian football legend Ronaldinho who played the bongo drums along to traditional Russian song ‘Kalinka’ before the match at Luzhniki Stadium.

Although Brazilians are more associated with Samba music, Ronaldinho, a 2002 World Cup winner with Brazil could be seen beating the drums along to the tune, sung by a girl in authentic Russian dress and accompanied by singing schoolchildren.

Kalinka was written in the mid-19th century by Ivan Larionov, about a berry tree and which increases in tempo every time it is sung, and has been a popular ditty among football fans throughout the World Cup.

The performance took place right before France took on Croatia in the showpiece match of the tournament, and followed Will Smith and Nicky Jam’s rendition of their official World Cup song "Live it Up".

In the match, France are looking to win their second World Cup in their third final, all reached in the last 20 years. Croatia are playing in their maiden final and looking to clinch their first ever World Cup.