World Cup Final: France and Croatia one step away from Russia 2018 glory 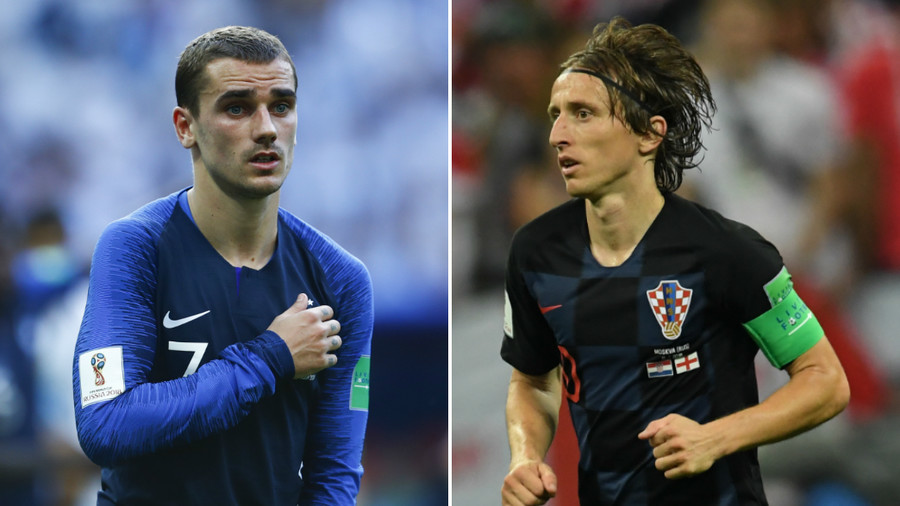 Few would have predicted a month ago that France and Croatia would be the last two teams standing, in a World Cup which saw several of the tournament’s biggest names heading for an early exit.

Twenty years ago, in their first-ever World Cup, Croatia made an unlikely run to the semi-finals before being eliminated by hosts and eventual winners France.

Sunday’s World Cup Final in Moscow’s Luzhniki Stadium will be the venue, they hope, for Croatian revenge on the biggest possible stage.

However, much like that game in Saint-Denis almost exactly two decades ago, they will walk on to the pitch as second favorites; but if they are to be considered underdogs, then they are very live underdogs indeed.

Luka Modric, the maestro at the heart of everything Croatia do, has arguably been the best player at the tournament and his influence is magnified by an entire generation of Croatian talent who have grown into the team around him.

Mateo Kovacic, Marcelo Brozovic, Ante Rebic and even, to a certain extent, Ivan Rakitic have all earned their footballing stripes in the shadow of the great Real Madrid playmaker and this type of DNA has permeated every level of the team, something which has been evident throughout the last four weeks in Russia.

In France, though, they will face the most talented squad in the entire tournament in Sunday’s final. Didier Deschamps’ side are still smarting from falling short in the final of the European Championships two summers ago, in a tournament they hosted.

The team is essentially the same as the one that fell short at Euro 2016, though with the notable addition of Kylian Mbappe as the focal point of their speedy attack.

In the middle of the park, there hasn’t been a better combination at Russia 2018 than that of N’Golo Kante and Paul Pogba.

Interestingly, France have had an additional 24 hours to prepare and rest some weary bodies in advance of the final.

Croatia have yet to beat France in the five meetings between the two sides, including the World Cup semi-final 20 years ago.

France have won three, while there have also been two draws between the nations.