‘He is my son forever’: Papa Mourinho & Kid Drogba don’t hide their feelings on air (VIDEO) 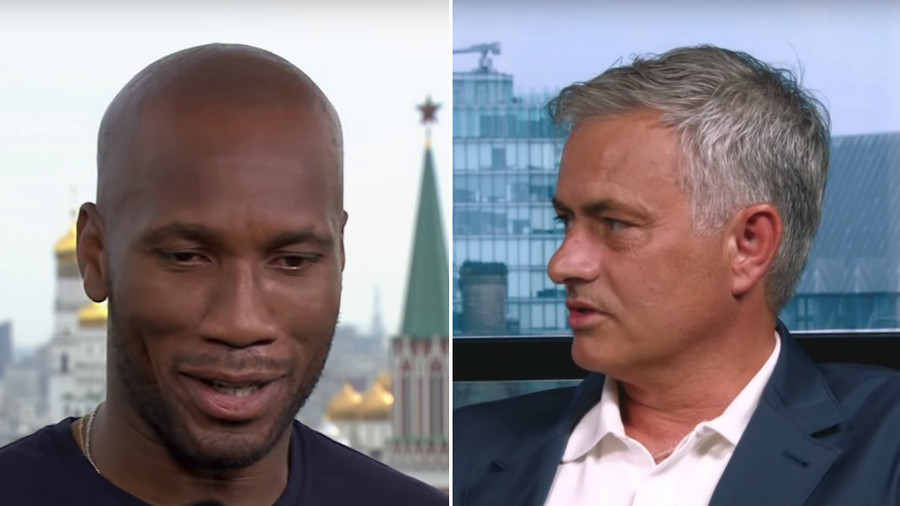 Ivorian legend Didier Drogba, on air with RT in Moscow, waved to his former boss and RT expert Jose Mourinho, thousands of miles away in Manchester, with the words "Bonjour, Papa!" Mourinho repaid him with a heartfelt tribute.

“Papa is papa forever, and son is son forever too,” said Mourinho, when told of his former Chelsea charge's greeting.

“I gave him the biggest opportunity of his career, to move from Marseilles to the Premier League, so I gave him something very important, but he gave me his sweat and his blood every minute he was on the pitch for me,”

Mourinho made Drogba his record signing for £24 million in 2004, and the striker helped Chelsea capture two straight Premier League trophies.

READ MORE: ‘He did not have a good World Cup’ – Mourinho blunt in Raheem Sterling assessment (VIDEO)

After Mourinho left, Drogba continued to be a club stalwart, leading the club to their first-ever Champions League in 2012, before moving to China.

But when Mourinho returned in 2014, he once again recruited the now 36-year-old striker for one last hurrah, with the couple winning yet another title together.

“So yeah, my kid is my kid, in spite of the fact that he looks older than me,” said Mourinho with a laugh, perhaps realizing he was on the verge of letting his image as a heartless cynic slip.