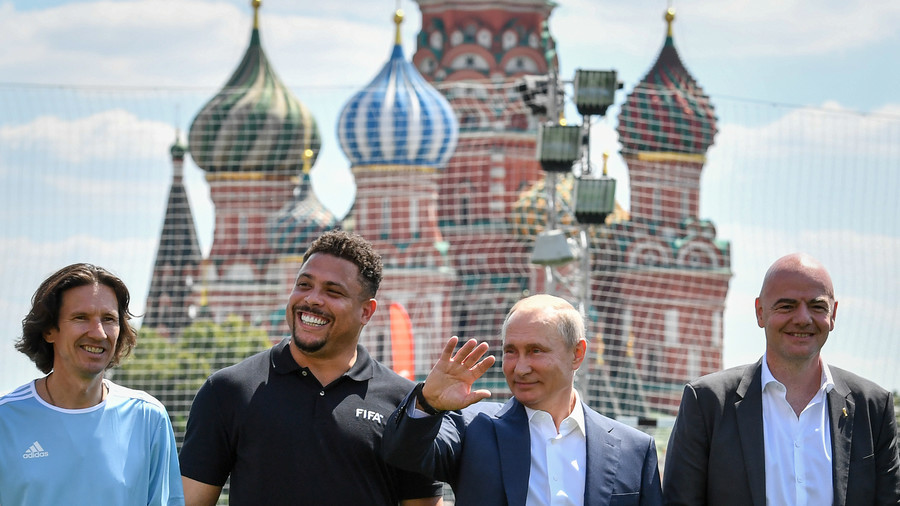 Russian President Vladimir Putin will take part in a ceremony with the emir of Qatar on Sunday to signal the handing over of the mantle of World Cup hosts.

Russia’s role as 2018 World Cup hosts will come to an end on Sunday when France and Croatia meet in the final at Luzhniki Stadium in Moscow. Qatar will host the next edition of the tournament in four years’ time.

President Putin be attendance for Sunday’s game, and the Kremlin has confirmed that the Russian leader will also take part in a ceremony the same day to hand over the mantle of World Cup hosts to Qatari Emir Sheikh Tamim bin Hamad al-Thani. FIFA chief Gianni Infantino will also be in attendance.

Putin and Sheikh Tamim will discuss the Middle East at a separate meeting on Sunday, Kremlin foreign policy aide Yuri Ushakov told reporters, according to Reuters.

Qatar will have a lot to live up to as World Cup hosts, with the Russian edition of the tournament being hailed as “the best ever” by FIFA chief Infantino on Friday.

The action on the pitch has been thrilling, while off the it the atmosphere created by the millions of locals fans and foreign supporters has been acclaimed by the media around the world.

Sunday’s final will see a closing ceremony at which US star Will Smith will perform the ‘Live It Up’ World Cup theme song along with Nicky Jam and Era Istrefi, before the action on the pitch kicks off.

France will be bidding to win a second World Cup title, while Croatia are aiming for a first tournament triumph.