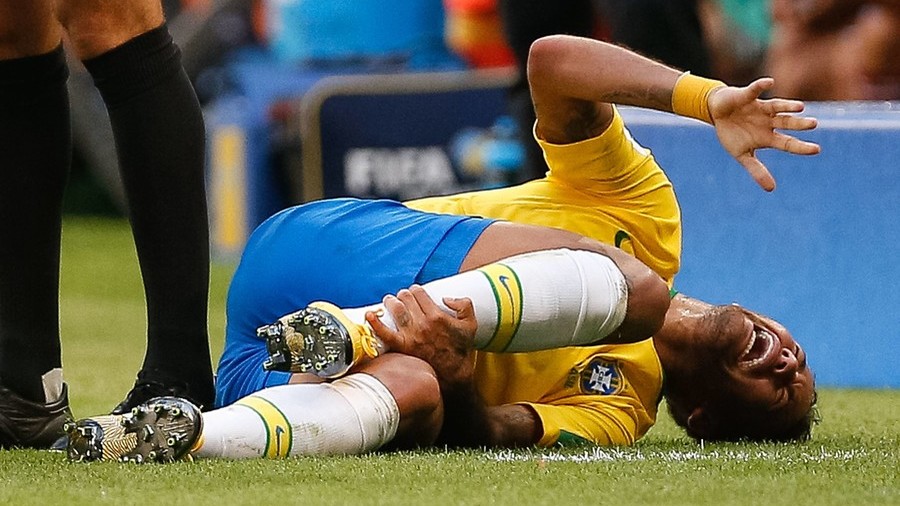 Netherlands great Marco van Basten says Brazil star Neymar’s playacting “makes people laugh” and that he should consider the attitude he shows to football, following criticism of the player’s actions at the World Cup in Russia.

Neymar came in for particular criticism during the World Cup for a number of theatrical rolls and dives under minimal contact from opposition players.

Three-time Ballon d’Or winner Van Basten, who is FIFA’s chief officer for development, said on Friday that Neymar was not showing the right attitude to the game.

“It’s not a good attitude in general. You have to try to do your best and be sporting and if you act too much, it is not going to help,” former AC Milan star Van Basten told reporters, according to Reuters.

“That’s a point in which I think he should personally understand his situation,” the 1988 European Championship winner added.

However, Van Basten said that at least Neymar’s antics had provided a touch of humor to the World Cup.

“It’s always nice if we have some humor in the game, and he makes people laugh and that is positive.”

RT World Cup guest host Peter Schmeichel was previously among the critics of the 26-year-old Paris Saint-Germain star for his actions during the World Cup.

Schmeichel branded the player’s behavior “disgraceful” following Brazil’s World Cup last 16 win against Mexico – during which Neymar was accused of playacting several times – and called on FIFA to look into his apparent cheating.

Others have defended Neymar, however, saying he was often unfairly targeted by the opposition.

Carlos Alberto Parreira, who guided Brazil to the World Cup title in 1994, said on Friday that Neymar was often on the wrong end of rough treatment.

"He gets knocked around a lot, he suffers a lot of fouls, sometimes he goes down unintentionally. He attracts this sort of publicity but for us [Brazil] he is still a player who makes a difference," said Parreira, who is currently the head of FIFA’s technical study group at the World Cup.

“People are focusing on Neymar, but if it was only Neymar, I’d be happy, but it’s not only Neymar,” Mourinho told RT.

“Every team has lots of diving, lots of pretending, lots of putting pressure on the referee… the game loses quality,” the Manchester United manager said.

Neymar and Brazil bowed out of the World Cup at the quarter-final stage, losing 2-1 to Belgium in Kazan.