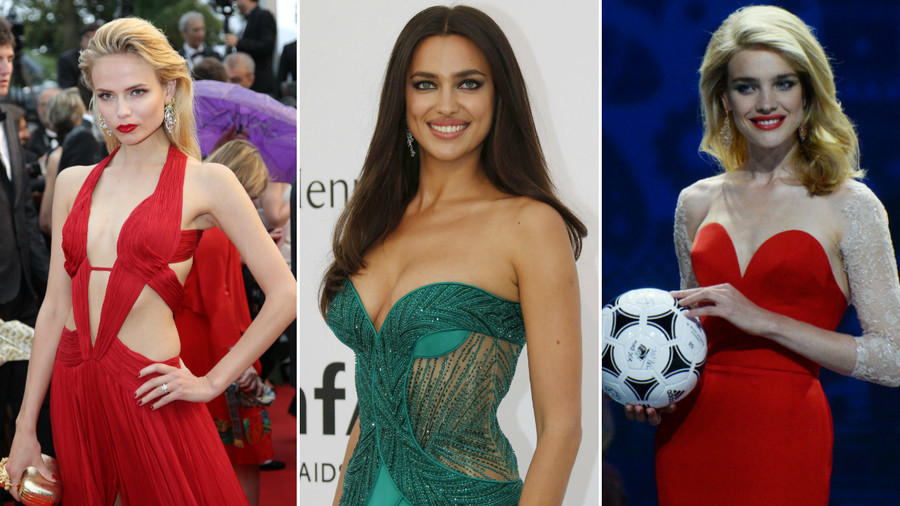 High-profile Russian models Natalia Vodianova, Irina Shayk and Natasha Poly have shown their support for the national team by posting a revealing picture of themselves wearing nothing but FIFA scarves around their necks.

The photo was shared on social media just hours before the Russian football squad take on Croatia in the World Cup quarter-finals in.

The scantily clad models wished the best of luck to the players, saying they will be rooting for the squad during Saturday’s game in Sochi.

“With my two favorite Natashas,” wrote Shayk, whose ex-boyfriend Cristiano Ronaldo is no longer competing at the tournament after his Portugal side were knocked out by Uruguay in the last-16.

“Cheering for the national team, come on Russia,” Poly said in a caption that was shared by the three top models on their Instagram accounts.

“Eyebrows of hope,” said Vodianova, hashtagging the photo with a joking reference to #mustacheofhope, a trend that has swept the country since Russian TV host Ivan Urgant urged fans to wear facial hair resembling that of the team manager Stanislav Cherchesov.

Vodianova, an ambassador for her hometown of Nizhny Novgorod during the World Cup, participated in the tournament curtain-raiser, helping 2010 Spanish football champion Iker Casillas to present the trophy at Luzhniki Stadium.