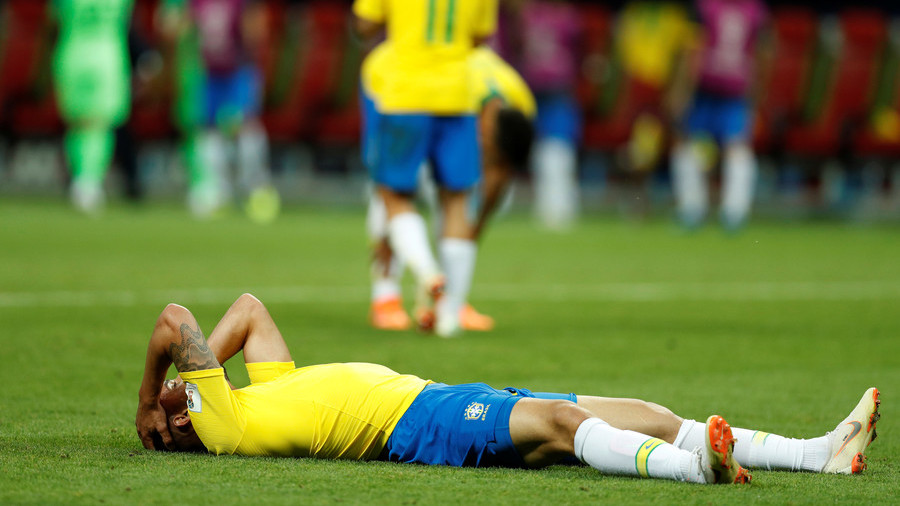 Belgium’s World Cup quarter-final win against Brazil means that the six teams left standing in Russia are all European.

Belgium’s thrilling 2-1 win against Brazil in Kazan booked the Red Devils a semi-final spot against France in St. Petersburg on Tuesday.

Saturday sees four fellow European nations bid to join them in the last four, as England meet Sweden in Samara before hosts Russia take on Croatia in Sochi.

It’s only the fifth time in 21 World Cup editions that all four semi-finalists will come from Europe, and the first time since 2006, when  Italy, Germany, France and Portugal contested the last four.

The World Cup has become the European Championship.

Brazil’s exit at Belgian hands is the fourth World Cup in a row that they have departed to European opposition, following defeats to Germany last time round, the Netherlands in 2010, and France in 2006.

None of the World Cup's top five most successful nations - Brazil, Germany, Italy, Argentina and Uruguay - will be in the semi-finals.

Belgium take on France in St. Petersburg on Tuesday, while the winners of tomorrow's two quarter-finals will meet in Moscow on Wednesday.