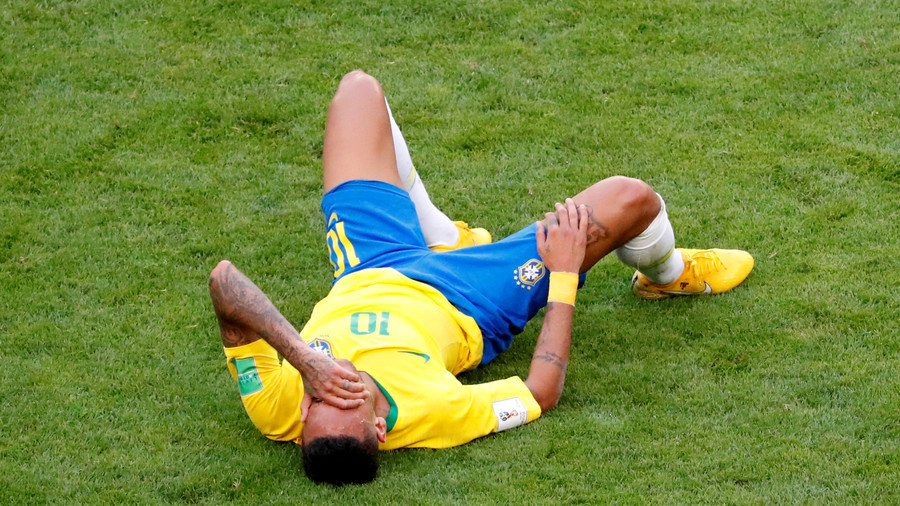 World Cup golden boot winner Gary Lineker has poured scathing criticism on Brazil's Neymar for the latter's ridiculous playacting in the game against Mexico, claiming the player has "the lowest pain threshold ever in World Cups".

Neymar comically rolled around the floor after minimal contact from Miguel Layun's boot on his lower leg when the Mexico defender tried to retreive the ball as the Samba Boys number 10 sat on the sidelines.

In apparent disgust at what he saw as cheating, Lineker, who was the top scorer in the 1986 World Cup in Mexico and who is also a former Barcelona striker, tweeted: "Neymar has the lowest pain threshold of any player in World Cups since Opta stats began."

Neymar has the lowest pain threshold of any player in World Cups since Opta stats began.

The internet was quick to react to Neymar's and the stirker has been trolled online through a series of gifs and memes poking fun at the incident, which is not the first to involve the player and overreaction to contact on the pitch.

Lineker did however give Neymar credit after his goal and assist which fired Brazil through to the World Cup quarterfinals with a 2-0 victory, calling the PSG player a "stunningly good footballer".

Neymar does though play as well as he squeals. Stunningly good footballer.