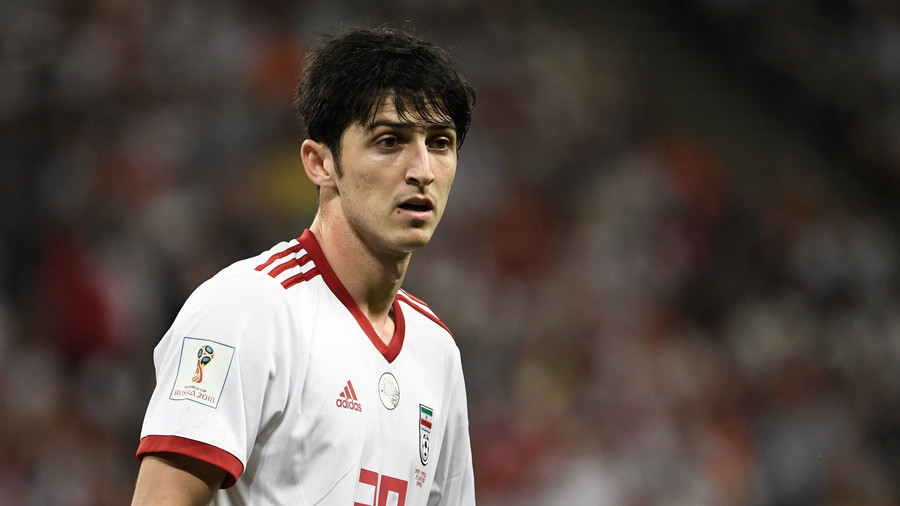 Iran striker Sardar Azmoun has retired from international football at the age of 23, saying that abuse he received from Iranian fans has made his mother seriously ill.

Azmoun, known as ‘the Iranian Messi’, was at the World Cup in Russia where his team failed to reach the knockout stage, finishing third in Group B behind Spain and Portugal.

He played the full 90 minutes of each of his team’s games – the opening victory against Morocco, the defeat against Spain, and the draw against Portugal – although did not score.

Announcing the decision, Azmoun said: "My mother had overcome a serious illness and I was happy.

"Unfortunately because of the unkindness of some people, and the insults that me and my teammates in no way deserved, her illness has become severe,” he added.

"This has put me in a difficult position where I must pick one or the other – and as a result I pick my mother."

Azmoun had scored 11 goals in 14 games in qualifying, and had netted 23 time in total for the national team in 36 appearances.

He plays his club football in Russia for Rubin Kazan, and acquired the nickname ‘the Iranian Messi’ after being tipped as his country’s talisman for the next generation, having made his national team debut at age 19.