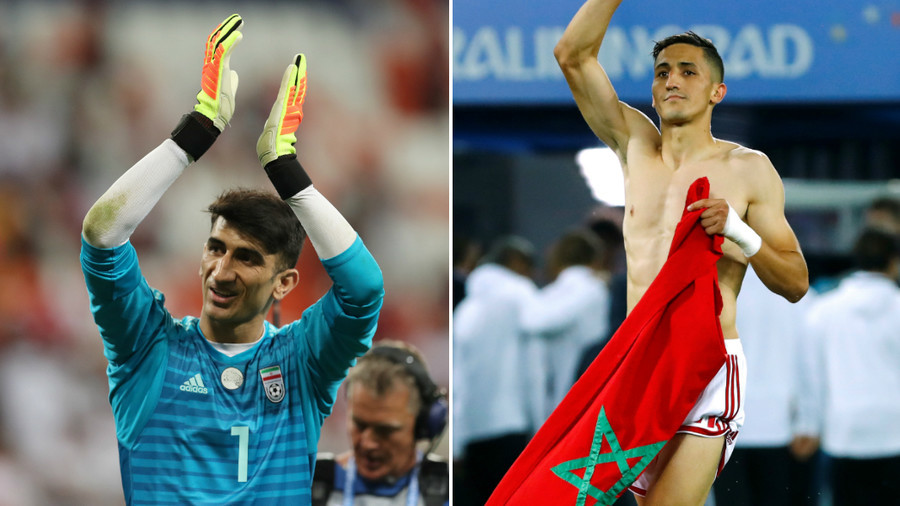 Iran and Morocco have departed the World Cup to a chorus of praise after they produced thrilling performances to take heavyweights Portugal and Spain to the wire in the final round of Group B games.

Both Iran and Morocco played a full part in a sensational climax to Group B before settling for draws in their respective games against Portugal and Spain.

Morocco already knew they were eliminated going into their final game against Spain in Kaliningrad, but that did not stop them from producing a thrilling display that saw them set for victory until Iago Aspas scored an injury time equalizer.

The plaudits poured in for a team that departed Russia with 1 point from three games but with praise ringing in their ears for a brave display of attacking verve.

Loved watching Morocco and Iran. So enjoyable and took it to the bigger teams on the last day. I'll miss them.

How did Morocco finish bottom with 1 point,been one of the best teams in this tournament,bossed first 2 games with no reward #WorldCup18

Iran faced Portugal in Saransk and ran Cristiano Ronaldo and Co. mightily close after coming from  behind to equalize and almost snatching a dramatic win that would have seen them qualify for the last 16, before ultimately having to settle for 1-1.

Iranians and fans of the team showed their pride on social media after the game.

Iran can be EXTREMELY proud of their World Cup campaign. Narrowly lost to Spain, beat Morocco and came mighty close to knocking out Portugal tonight. They've given absolutely everything, as have their fans 🇮🇷

#IRNPORIran lost the match but win the Hearts ... Guys u played well pic.twitter.com/hsKOwDyxa6

Very happy with the football played. Proud of these guys and their effort! @TeamMelliIran Heads up, no shame.

Credit to Iran who gave everything against Spain and Portugal, they can leave with their heads up high 👏🏻👏🏻 #iran #worldcup

Both Iran and Morocco played with a vigor that belied their underdog status against their more fancied opponents, and many felt they even bettered their European rivals with the football they showed.

Spain and Portugal win the group, but the real heroes are Morocco and Iran. Both teams played much more inspiring football than these two European giants. Sad that we have to wait another four years before seeing them play again in the World Cup. Bravo! 🇮🇷🇲🇦👏

Fair play Morocco and Iran. Made a group many would have considered a procession other than a battle for first one of the most engaging of the World Cup. Morocco deserved more in every match.

Iran and Morocco: you went against two of the best teams in the world and played with such honor and passion. Never underestimate.

Spain topped the group thanks to their draw, setting up a last 16 tie against hosts Russia on July 1 in Moscow, while Portugal’s draw means they face Group A winners Uruguay in Sochi on June 30.